How to make friends as a new M.. 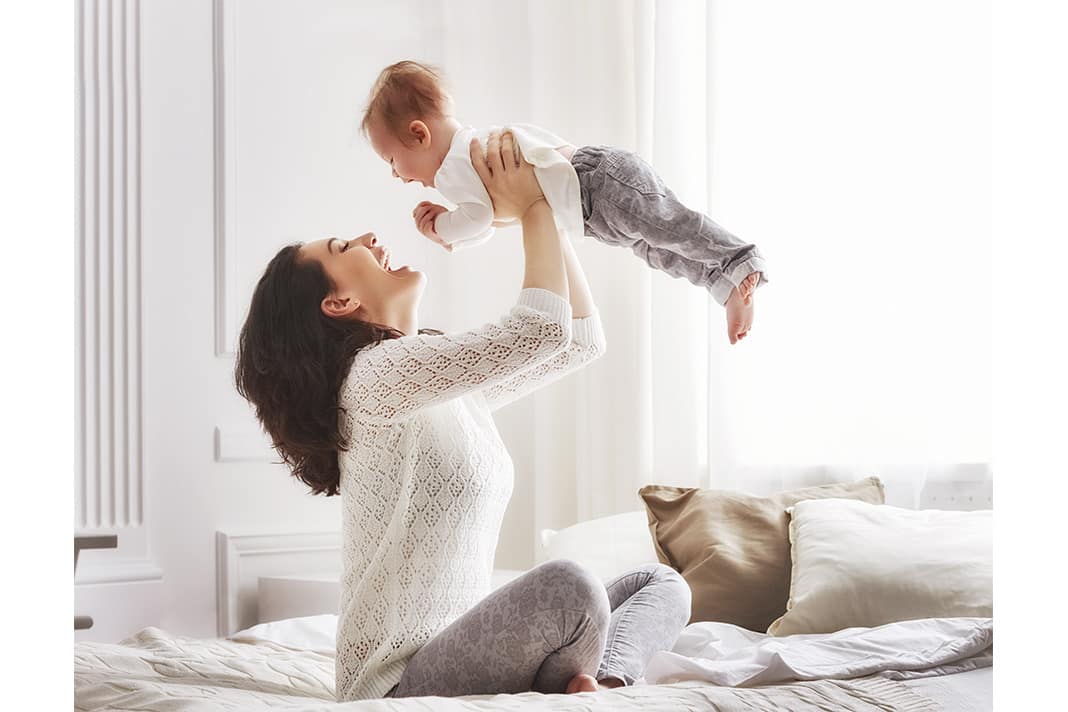 How old should my child be for their first dental appointment?

The British Society of Paediatric Dentistry (BSPD) advises taking your child to see a dentist as soon as his first teeth come through, and definitely by his first birthday. The BSPD’s recently-launched ‘Dental Check by One’ campaign says these early appointments are a chance for the dentist to check teeth are developing as they should be. Dental decay is almost always preventable, so it’s never too soon to book that visit and to get information and advice, such as gently wiping gums with a soft cloth and introducing drinking from an open-top cup by age one, to help look after your little one’s precious smile. Not all babies or toddlers are keen on opening their mouth on their initial dental checks, but the vital thing is to help make it something that becomes familiar and natural. My little ones’ first appointments mostly consisted of the dentist appearing to just count their teeth in time to a rhyme, but she was actually having a good look at the gums and what few teeth were showing. Those counting rhymes or first go in the dentist’s chair are just little steps, but they play a brilliantly big role in helping our babies grow up with healthy teeth that are free from decay.

Ruth Allan (BSc, MSc) is a Registered Associate Nutritionist at The Kensington Wing

Is there anything that will help with my morning sickness?

Around 75-80% of women will experience nausea and vomiting during pregnancy. It is usually limited to the first trimester and the early stages of the second trimester. It’s good to remember that this is a natural mechanism and it has been theorised that it may be to help prevent the ingestion of foods which could harm your baby. Try increasing your intake of ginger and Vitamin B6, found in wholegrain cereals, most vegetables and eggs. Eat little and often- an empty stomach can increase nausea.  It’s important to keep hydrated, drinking little and often as large amounts of fluid will increase your chance of vomiting. You should contact your doctor if you cannot keep food or fluids down for 24 hours.

It’s important to maintain a healthy balanced diet during pregnancy, the baby’s nutritional needs depend on what you eat. Aim for three meals and two or three snacks per day.

Carbohydrates for energy – choose whole grain/ high fibre options low in fat, sugar and salt. Keep to your five-a-day. Protein such as lean meat, pulses and eggs are a source of iron – needed for your baby’s brain development. Calcium helps build bones, choose low-fat versions unless you’re underweight. Maintain a healthy weight by minimising the amounts of high fat and sugary foods and limit caffeine to 200mg per day.

Although the baby will get vitamins from your food, I would advise taking a supplement containing Folic acid and Vitamin D, but look for a pregnancy-appropriate multi vitamin- not containing Vitamin A.

Why is it vital to closely monitor fetal movement from the beginning of pregnancy?

This is such an important subject and doesn’t get touched on enough in antenatal classes or by medical professionals.

Many mums who experience a stillbirth say that there was a change in their baby’s pattern of movement beforehand and it’s thought that up to a third of stillbirths could be prevented if mums reported their concerns promptly and babies thought to be at risk delivered.

Most women usually begin to feel movement between16 and 24 weeks of pregnancy and it is essential, therefore, for both Mums and Dads to get to know their baby’s movements to be able to react quickly.

Here at Bumpkyn we recognise the importance of this, which is why we work closely with Kicks Count, a charity which aims to empower mums-to-be with knowledge and confidence about their baby’s movements during pregnancy, to ensure healthy pregnancies and healthy babies.

Kicks Count have also developed an award-winning, free app which lets you record the baby’s pattern of movement by tapping the screen each day and observing it over time, which makes it a great tool.

In any case, if you instinctively feel something isn’t right you should immediately call your midwife or the maternity unit.

Learn more on the subject at Kicks Count

Tamara Bugembe is a paediatrician and Founder of the agency HelperBees, that assists new mums in adapting to life with a baby.

I am due to return to work after a year of maternity leave. Do you have any advice about how to prepare myself and family for this transition? I am particularly worried about how my return will affect my child.

Keeping In Touch days are a wonderful way to ease back into work before the big return. They allow you to refamiliarize yourself with work, identify areas where you may need refresher training, projects you would like to be involved in and a working out a pattern that suits you. Once you start work, your child will sense a change in the family routine and react to it. It is not unusual for them to become clingier or more challenging around their sleeping and eating patterns. These new behaviours are their way of getting information about what’s changed in their lives, and what these changes mean for them. Reassure them by being consistent to allow them time to get used to the new routines.

There is evidence that the first three months of the transition are the hardest for the whole family. Your child is likely to develop viral infections from the new childcare environment. During the first few months, be careful not to over commit at work and explain to your colleagues that they may need to be flexible during this phase.

Parental guilt is real and excruciating. Find a sisterhood of other mothers who have recently been through the same transition support each other. Having a mother that works has not been shown to a negative effect on a child’s development.

How do I ensure our first holiday with a baby is a success?

Initially, holidaying with a baby might seem stressful – but with the right preparation you can enjoy a stress-free and sublime family getaway.

Choose holiday accommodation that’s genuinely family-friendly and suitable for your family’s specific needs. If you want privacy and flexibility, opt for a self-catering private villa or apartment. If you’d prefer to have a week off cooking with plenty of on-site facilities, choose a resort. It’s now possible to find a combination of the two which offers the best of both worlds. If your villa has a private pool, double check that a physical pool barrier is in place and the more thoroughly a property has been vetted for child safety, the better, for your peace of mind.

It’s also really important to research your destination – find out about the family activities, restaurants and facilities available. Choosing a short haul holiday with a quick transfer time is a good way to avoid overtired travel tantrums.

Overpacking can also be an inevitable and costly problem for parents when there’s so much baby kit and caboodle required. Aim to pack only what you’ll need and consider choosing a destination that comes equipped with key baby items, for example we equip each of our destinations with an Essential Kit, containing 20+ baby/toddler items (one thing you should never leave home without though: wet wipes).

During your holiday, it’s often tempting to stick to your normal routine. Remember that a holiday is a time to relax, so don’t worry if your little one ends up staying up a little later than normal. Adjust your expectations and take the time to unwind and enjoy this special time together.

Tell us a little bit about yourself.

How would you suggest one best prepares themselves for pregnancy?

I think the most important thing is to try and be as fit and active as you possibly can. Active women who have a good fitness level tend to cope with the pregnancy better. With that comes a good measure of rest as well. There needs to be a balance in all of our lives so the rest point is also important. Pregnancy really takes it out of you, and a lot of women don’t expect the levels of exhaustion. There are physical symptoms like sickness, headaches and fatigue, and that can put a lot of women, particularly from an exercise standpoint, back quite a lot. They just don’t feel like they can do it. So if you’re not very fit going into the pregnancy and you’ve spent the first three months feeling horrendous and not exercising, it can be quite difficult to start catching up at that point – although it’s never too late.

What are the benefits of physiotherapy after birth?

While aches and pains are common after pregnancy, they’re not normal. It’s not normal to have back pain, or rib pain, or pelvic pain – lots of people get it because of the changes that your body is going through during those nine months – but it’s never normal. It’s absolutely treatable, but you shouldn’t end up with escalating pain coming up to or after the birth.

If women are in any pain or experiencing pelvic floor issues we can see them immediately postnatally to sort it out.

We also provide postnatal body check-ups from six weeks onwards, when we do a really thorough assessment of their back, their spine, their pelvis and their abdominal muscles to check whether there’s any separation there. We can also check their pelvic floor muscles.

If they’ve consented we’ll do a vaginal examination and be able to give them a good idea as to how well they’re recovering. From there we give them specific advice about how to get back to what they want to return to.

Some women never dream of getting back to running, but others want to be doing it from day two; it’s about a safe return to exercise.