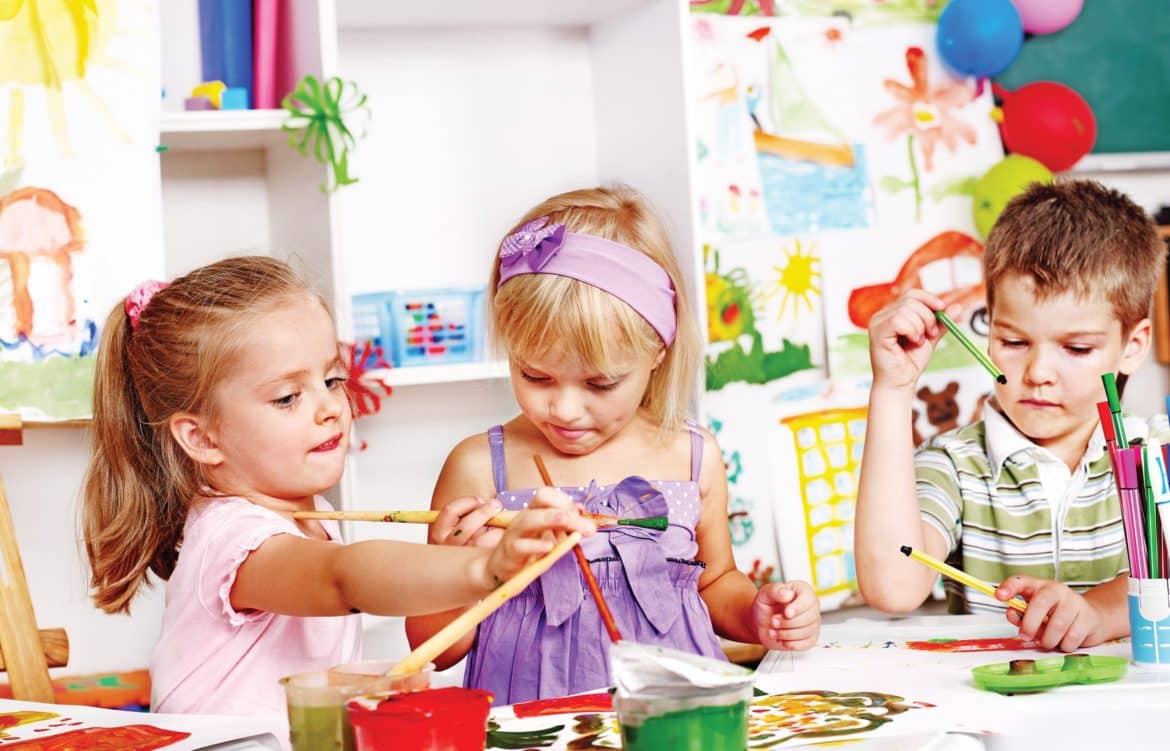 Competition for pre-school places in London has never been hotter. But which nurseries are most popular? We round up the top ten…

In 2004 William Waldegrave told the Daily Telegraph, “The only education you need in life is Acorn and Oxford”. The Tory grandee was referring to Jane Cameron’s Acorn Nursery in Notting Hill as London’s then most exclusive and sought-after nursery school (where he sent all four of his children). But is it still the hottest ticket in town? Not so much. Acorn is certainly no longer alone in attracting high-fliers and celebrity parents; the world of London’s independent nursery schools has only grown in the last ten years. While many of the most luxurious of these nurseries are still located in well-heeled Kensington and Chelsea, the net is spreading up into north London and south of the river as well.

The obsession with the right nursery as a crucial first step on the educational road map is not entirely overstated. While attending Acorn Nursery may not be a fast track to Oxbridge, getting the right ‘big name’ nursery can substantially help your chances of getting into some of the best pre-prep and junior schools. Parents are right to choose carefully in as much as nurseries provide children with their first learning experiences away from home and are crucial in reaching key developmental stages. An excellent nursery will ensure children are developmentally strong in communicating clearly and confidently, being independent learners, following instructions, playing alongside others and gaining high levels of concentration and focus. These early learning goals are all the more crucial now that some of London’s most popular pre-prep and junior schools are assessing at the tender age of three and a half. The infamous 4+ assessment differs from school to school but in some particulars they are all the same and it is unlikely your little tot will be considered for anywhere if they are still sobbing on your shoulder or communicating in one-word answers.

Some of the most popular nurseries still rely heavily on an official or unofficial feeder reputation for the particularly competitive schools, however these can often be overstated.  Acorn Nursery is linked to Notting Hill Prep, the popular preparatory school based in Ladbroke Grove which is also owned by Jane Cameron. While Acorn emphasises that attendance does not affect your chance of entrance to the school, this is particularly convincing by the fact entrance is chosen by random ballot. Prince William’s old nursery, The Minors Nursery School, is now owned by the prolific Alpha Plus Group and this has ensured that it remains a big hitter by their established link to other Alpha Plus-owned schools such as Wetherby and Pembridge Hall School.  Again the nursery firmly emphasises that attending will not increase your chances of gaining a place since the main list is decided by parents who have signed up the earliest. Attending either The Minors or Rolfe’s nursery, however, certainly won’t hurt your chances when the time to choose between two waiting-list candidates presents.  Though most nurseries refuse to label themselves as feeders it is worth mentioning those that channel an impressive number of children into certain schools every academic year. Miss Delaney’s nurseries, based in Holland Park, send a high percentage of children to Norland Place every year, Puffins in Parsons Green gets a large chunk of children into Thomas’s Fulham and Chelsea Pre-Prep managed to get six out of the eight available places in Falkner House’s 2015 Reception intake. This can be explained by a geographical proximity but also a very good understanding for what the school is looking for during the assessment. A lot of experienced nursery heads will also be an enormous help in fitting your child into the right environment having built up a strong network of connections through the London school scene. With the right head and well regarded nursery behind you singing your child’s praises there is an increased chance that even if your child spent most of the assessment day throwing sand down the back of his neighbour’s jumper, he will still have a better chance then most.

The title of most luxurious and celebrity-filled nursery has now been taken up by the Portobello Road institution, Strawberry Fields Nursery. This elite nursery is so exclusive they have no website relying purely on word of mouth and a nursery location hidden modestly on the side of a church hall.  Well known names include the Beckham’s youngest child as well as a host of other A-list celebrities attracted to the immaculate surroundings and charismatic headmistress. The parent’s association is a who’s who of the top professionals in all fields, and competition is rife, from who has taken the school bear to the most exotic holiday location –,and who will be contributing the most impressive prize to the school raffle.

Nurseries that make a point of moving children on quickly to more academic and structured learning often win big brownie points with prospective parents, who are keen to feel they are one-up on the race for school entrances. In general, Montessori nurseries will take a back seat in pushing all children into more formalised learning, and phonics and counting will only be introduced when a child is developmentally ready.  In contrast nursery schools such as Broadhurst in Hampstead market themselves as early preps and focus on preparing children for the manically competitive world of high-flying North London schools.

With the first influx of assessments sometimes happening as early as two-and- a half years old for schools such as Dulwich Prep and Highgate Pre-Preparatory, it can feel that focused preparation and fast moving curriculums can not come too soon for some parents. Similarly, Pippa Poppins, Fulham’s most exclusive day nursery, takes children from one and boasts an impressive exit list into all the most prominent local schools.

Then comes the most difficult part: how to get a place at these prestigious pre-schools and nurseries? Much of this will come down to strategy and organisation – early registration to a range of early years provision done simultaneously with a slew of school registrations is crucial. And by early, it really means early; a couple of months after birth is already running the risk of being put on the waiting list indefinitely. For areas of London with the most competition for nursery and school entrance (Clapham, Notting Hill, Hampstead and St Johns Wood), registrations should be collected from schools and nurseries before birth and already filled in with the majority of information before entering the delivery room. This way partners can ensure last-minute details such as the name and date of birth can be added and forms and cheques will be in the registrars’ hands before two days have passed. Telephone calls immediately after birth can also help to bring the recorded registration day earlier in a school’s records and therefore increase your chances even more.

Sometimes the registration form is not enough and conversations with parents are taken into consideration, as in the case of the fearsomely popular Wetherby Pre Prep. Parents need to wait until all applications that month have been considered before knowing if they have gained a definite place. Since there is no assessment of the children before entrance, parents are effectively assessed in their place and this conversation will take place days after giving birth. There are also the rare exceptions of nurseries who will accept registration forms pre-birth; Broadhurst Nursery currently accepts registrations from the worryingly early stage of three months pregnant, so that if you waited till after birth you would be far too late to gain a place.

With some London families registering for an average of five schools and nurseries at birth, the likelihood is that the majority of people on the main list will not even be taking their place – allowing more chances for late-comers. The transient nature of many London parents also works in favour of the later registrations since so many families will have re-located or moved back home between the two years of registration and a child’s first day at nursery. With registration deadlines already so early, it is a wonder that most London nurseries have so far resisted the New York trend of assessing for nursery entrance before two years of age. It may be a case of watching this space and enjoying the time before tutoring newborns becomes the norm!