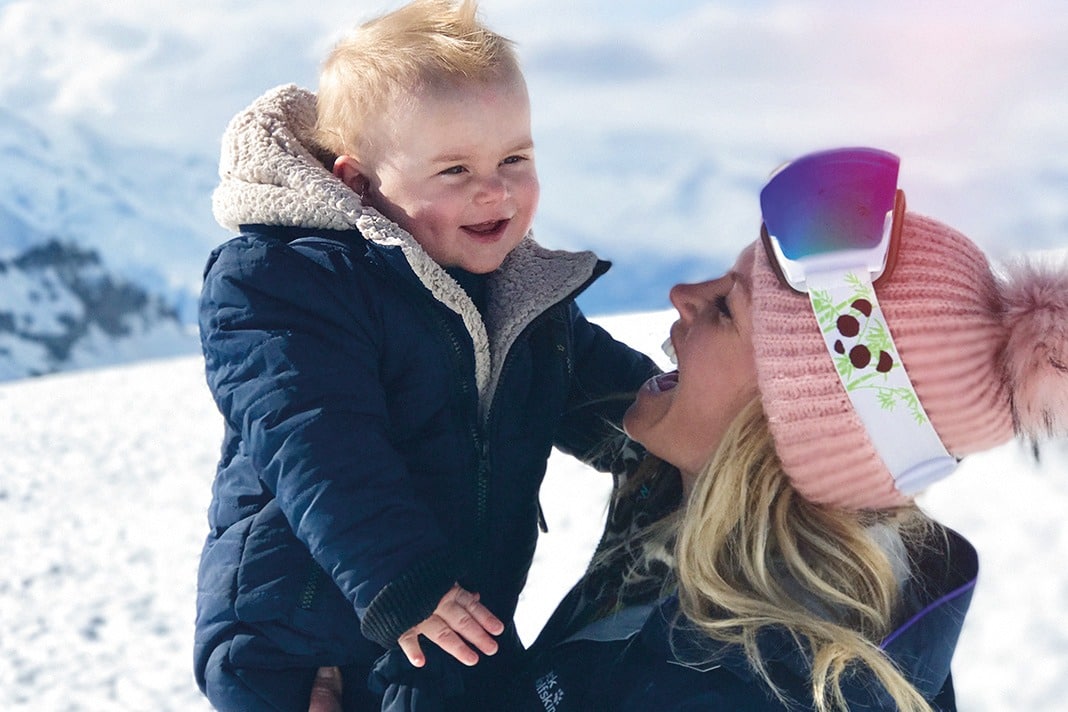 Here is the true-life story of the birth of my second son. It takes a lot of confidence to admit that you were induced because your due date lies smack bang in the middle of your biggest yearly working period.

I felt super nervous going to my 39 week consultation appointment with the hope that the doctor would induce me on my 40 week due date. I felt like he might think my priorities were all wrong. That instead of letting my baby come when he was ready, I was forcing him out into the world.

But as it turns out, the chances that I would have to be induced with Cooper were super high. Locki (my two-year-old toddler) was two weeks late and didn’t want to come into the world. Cooper was in exactly the same position and the consultant said either we would be induced at 40 weeks or 42 weeks and the chances of a vaginal labour were almost the same (I needed a vaginal delivery to get back to work as driving and skiing were involved!). In the end, the consultant agreed to induce me bang on my due date (he said my reason for it was more valid than the mother before me who had asked to be induced because she had a party to go to!).

Cooper was due on January 16th. I needed him to be in the world by the 20th January. I had to get to Sweden to film for Ski Sunday at the World Championships. The only airline to fly direct are EasyJet and let you fly with a 14-day old. The maximum time between being induced and the actual birth is four days. I needed just 45 mins! No joke. From my waters breaking naturally to delivery. I was advised to stay near the hospital after the pessary (first stage to induce labour) was inserted (especially since I had been induced with Locki – your body tends to respond far quicker and stronger the second time around).

But I am a creature of habit and I wanted to bring Cooper into the world in the same way that Locki came. 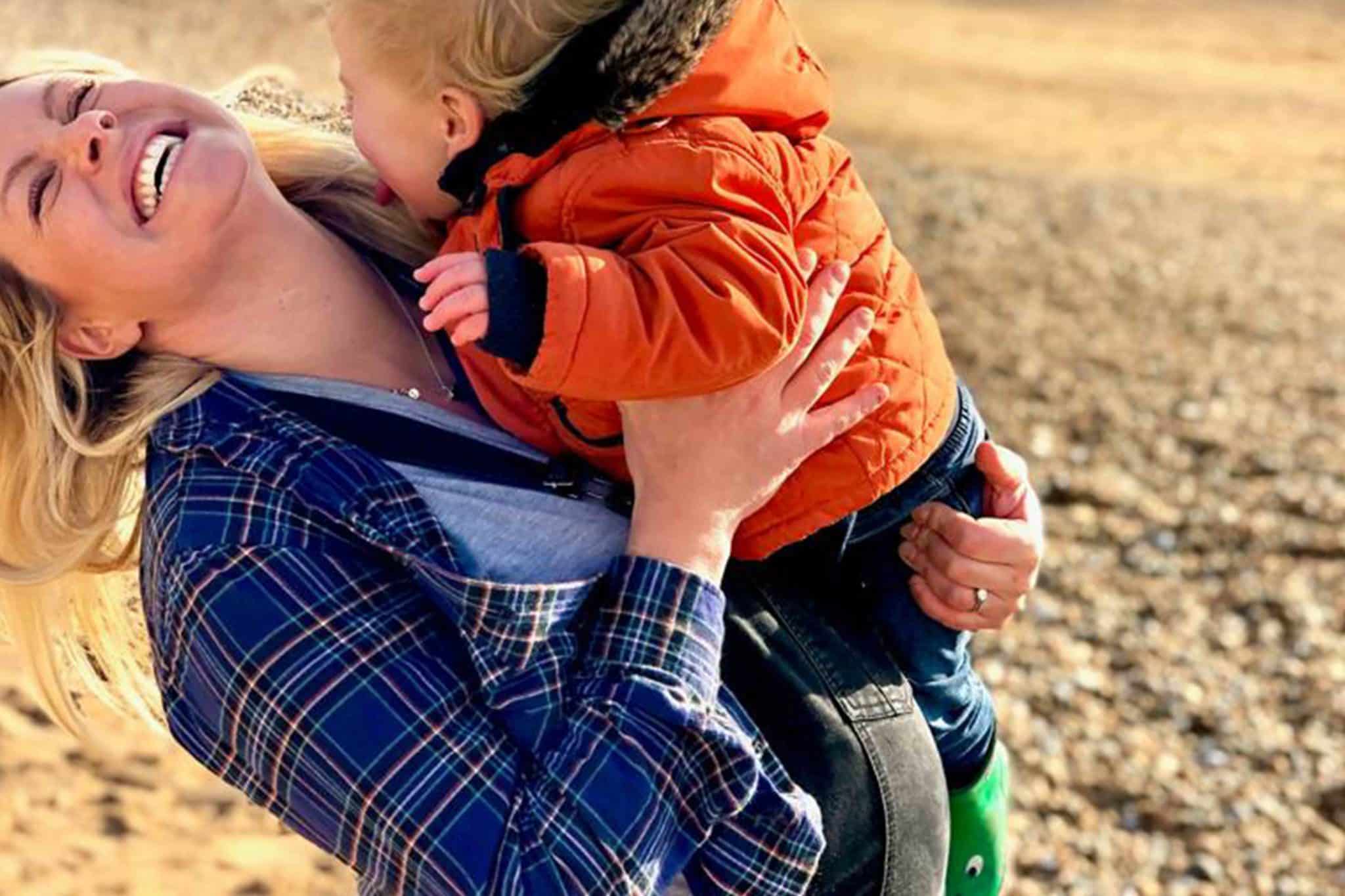 We took the hospital’s advice with a pinch of salt and got the bus into town. We went to my favourite Portuguese coffee shop and as we left, the cramping started. I was literally walking doubled over. But being stubborn, I was still asking Dougie to google local acupuncture and book me in. In the end we had to cancel the appointment. We still managed a super quick curry (by this point I was so uncomfortable that I asked for a pillow in the restaurant to sit on. They didn’t have any, but seeing my pain, they brought me 10 ironed and pressed white tablecloths! Completely impractical for someone in labour, losing control of ‘down there’, but a sweet gesture nevertheless!

We tried to get an Uber back to the hospital, as by now I was super sore, but there weren’t any nearby so we walked to the bus stop and waited (I still drive past most days and see the metal bench I was doubled over on – which must have been quite a sight!). Back in hospital with the pessary having fallen out and my waters breaking (this didn’t happen naturally first time – what a strange feeling, I felt like a balloon had popped), I was moved to the birthing unit as we wanted a water birth. Unfortunately, I was monitored for 10 minutes and the contractions were so severe that Cooper’s heart rate was dropping each time. So they said I had to go to the hospital maternity ward.

The midwife told me I was only 3cm dilated which confused me a lot as I was in so much pain. That was the last update I got.

Probably the most difficult thing for both Dougie and I, as retired athletes who live by goal setting, was that we knew I had to be 10cm before the real action started. So naturally we both expected a long journey ahead before we held our baby (with Locki we had an 18 hour labour). We couldn’t have been more wrong.

Whilst I was busy screaming (with a few profanities I will admit!) for an epidural, the midwife was trying to help but there was no time between the contractions. I only had time for two puffs of gas and air and then bizarrely the room started to fill with busy people (turning on the heat lamp in the corner etc). I remember registering this particular action, thinking why the hell are they doing that – when I just need drugs. It didn’t click that this obviously meant Cooper was arriving imminently. 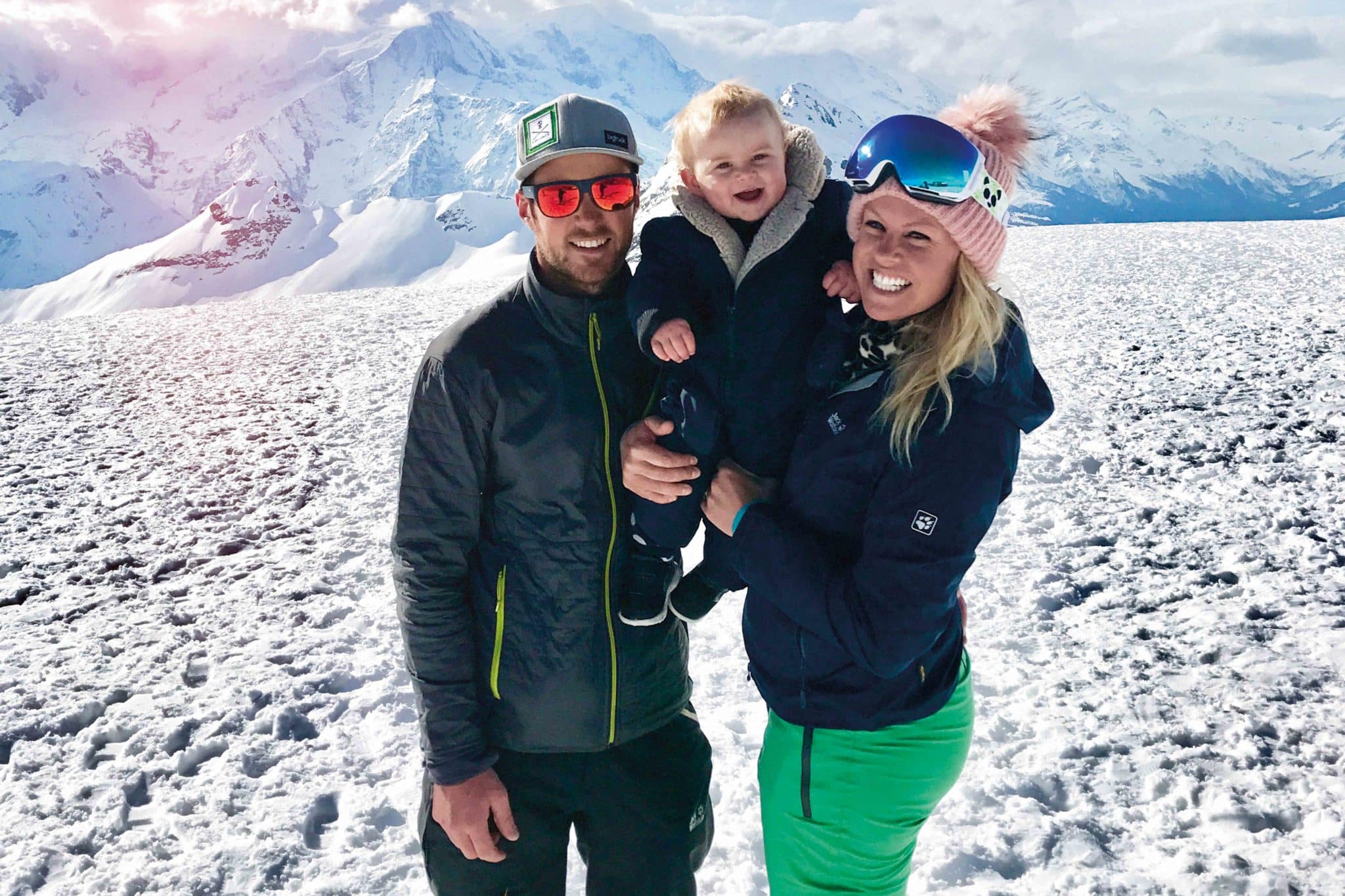 In fact, when he came, Dougie and I were still in shock. Having prepared for a long journey ahead (not just logically with snacks and the practicalities of having someone take care of Locki, but mentally too) when Cooper entered the world I was still asking for painkillers! They replied “You don’t need them. You have done it. He’s here!”. I never intended to give birth without drugs. I have a few friends who have high fived me because of it and I always feel really uncomfortable, because I feel like a fake!

I feel guilty that I didn’t cry when I first held Cooper. I was completely in love don’t get me wrong, but I was just in so much shock – wow you are here already! I guess your first baby is always different because it’s unknown, but with Locki we were both in floods of tears and I expected the same reaction with Cooper.

I think because the labour was so fast (and because I spent months doing prenatal Pilates) I bounced back physically so quickly after Cooper was born. In fact, skiing after just 14 days, I had completely forgotten that I had just given birth.

The human body is amazing. Even now, three months later, looking at how big he has gotten blows my mind. I feel so lucky to have my boys. To feel responsible for the happiness of two little things is the best role of my life and one which I cherish (and challenges me) daily.

I hope my podcasts help support and entertain other new mums and mums-to-be out there!

You can listen to Chemmy’s new motherhood podcast on Soundcloud; @chemmyski 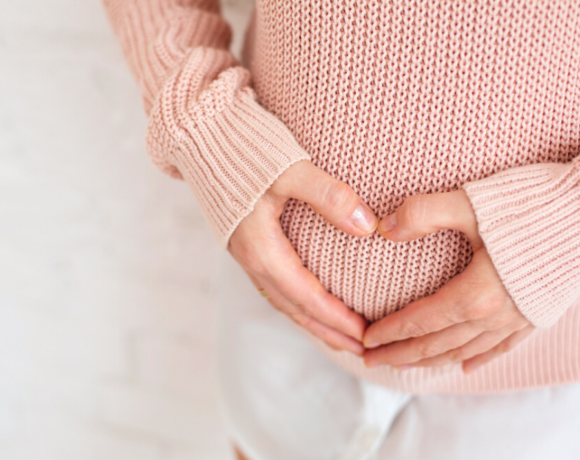 Top tips to enjoy a relaxed and positive birth experience 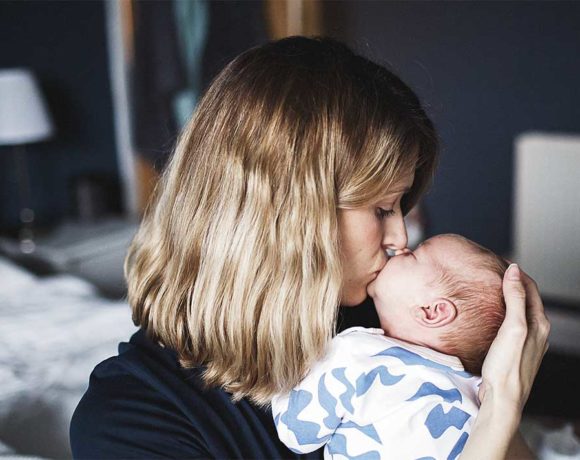