Alesha Dixon: In Her Own Words

Alesha Dixon: In Her Own Words 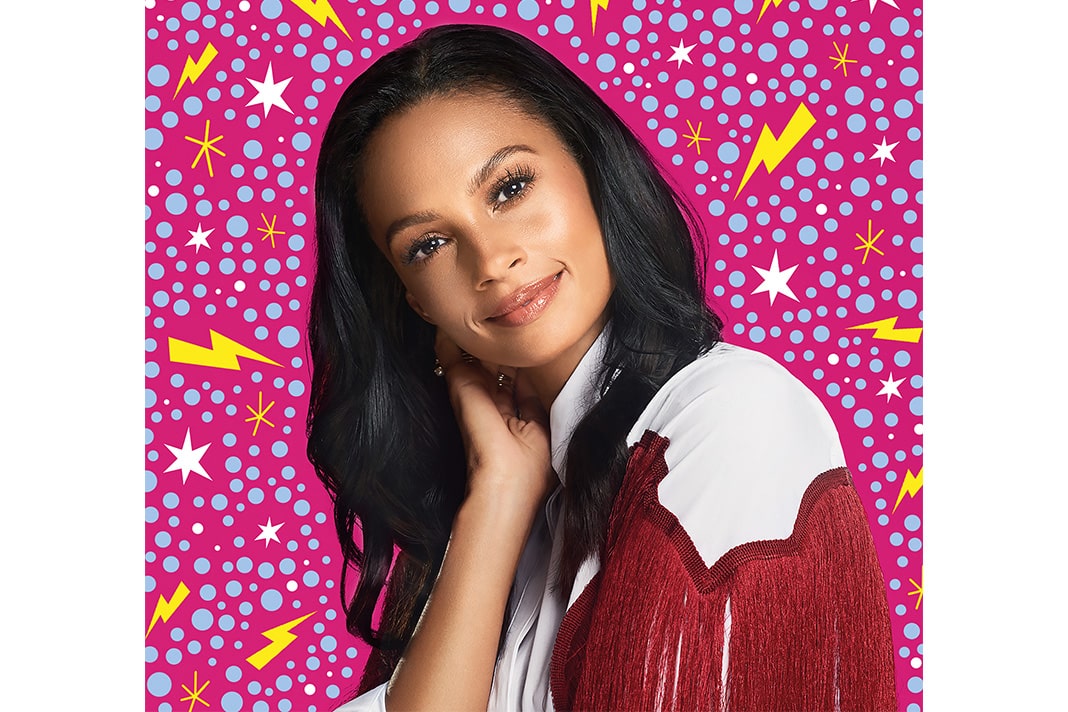 It’s fair to say that Alesha Dixon’s life to date has had something of a whirlwind quality, at least to the outside observer. Born in 1978 to an English mother and Jamaican father, she was raised in Hertfordshire before moving to London in her early 20s. A childhood punctuated by divorce, dysfunction and domestic violence (Dixon’s mother experienced abuse at the hands of a partner) gave way to an adult life in which her talent for dance, music and performance created rare opportunities.

Her first real success came with Mis-Teeq, the urban-influenced girl group formed in 1997, in which Dixon rapped and sung. The quartet (that later became a trio) went on to release three Top Ten, double-platinum-selling albums and a string of chart-topping singles. By the time they broke up in 2005, they had entered the nation’s consciousness sufficiently enough to earn a greatest hits compilation – and Dixon became a household name.

A series of well-received solo albums followed, but this time around Dixon was intent on broadening her reach. In 2007, she competed on – and won, with the highest ever average score – the BBC’s Strictly Come Dancing, then took up a position on the judge’s panel for three seasons from 2009. In 2012, she left Strictly to become a judge on ITV’s Britain’s Got Talent, a role she’s maintained to this day. Busy, much? And this isn’t even an exhaustive rundown of all Dixon’s projects – others of which have included a street dance series for Children’s BBC, voicing a character in hit kids show Powerpuff Girls, launching her own jewellery line and fragrance, and supporting all manner of charities and good causes.

To cap it all, in 2013, Dixon gave birth to her daughter, Azura – and now, almost five years later, she’s adding another string to her already plentifully strung bow: that of children’s author.

Dixon’s debut novel, Lightning Girl, is out this month. Aimed at kids aged eight and above, it’s the story of 10-year-old Aurora Beam, who is surprised (and not a little appalled) to discover that she’s the daughter of a crime-fighting superhero, and has inherited her mum’s ability to shoot lightning bolts from her fingertips.

Sound like fun? It is – but not always for Aurora, who feels that her powers make it even more difficult to fit in with her friends and the other kids at school. It’s a book that marries superhuman adventure to the most human, everyday anxieties. But where did the idea come from?

“I’ve always been a writer,” says Dixon, “whether it’s been through songs, poetry… but I didn’t want to do the obvious, go down the autobiography route. I was inspired by my own daughter – when you’re reading stories to your child every night, as a creative person, your mind’s always coming up with new ideas. So [writing a children’s book] just felt like a natural fit. And I’ve got the bug for it now! I cannot wait for it to be released, so I can get feedback from children.

“For me, whenever I take on a new venture, it’s really about whether I’m passionate about it and feel I can make my mark. I’m really excited about the character of Aurora Beam; it’s lovely to create a young, female superhero and I think she’s a really powerful, positive character. I hope children are inspired by her – and by her friends, who may not be superheroes but who definitely contribute to her success.”

What I find interesting about her book, I say, is how Dixon places so much emphasis on the everyday details of her hero’s life – her emotional quirks and vulnerabilities. Also, the fact that she’s opted for such a contemporary setting and story, one that plays against traditional gender stereotypes. Did she make a concerted effort to echo real life rather than penning an escapist fantasy? “Definitely. Aurora and her whole family are inspired by my family. I can see a lot of myself in Aurora, a lot of my daughter in Aurora. She’s a normal girl trying to fit in, she’s not the most popular girl in school, but she tries to be liked. And when she finds out she’s got these powers it’s a bit of a burden, because she sees it as another reason other kids might not like her. And yet on her journey, it’s the people she fears the most, the ones who seem most judgemental, who end up being her best friends, who support her and believe in her. And even though she’s a superhero, when it comes to the end of the book she can only succeed because they all work together as a team.

“I think that’s a really important message. At school, it’s so competitive: who’s the fastest runner? Who’s the smartest? Who’s going to go on to be the most successful? But I actually believe that in life it’s relationships that are most important.”

Is it also deliberate that Aurora’s powers are handed down through the maternal line? Does that say something about Dixon’s relationship with her own mother?

“My mum is a very spiritual individual who has taught me a lot about life, compassion, spirituality, precious stones and their healing powers. You see a lot of that in the book in the character of Aurora’s mum, Keana. My mum has essentially been my best friend and biggest inspiration. She taught me how to be a good person and showed me that life is about giving and helping others – any good quality I have is probably from my mum!”

Dixon is clearly excited about the book, so much so that a sequel is already in process – and her enthusiasm is infectious. But has writing a book proved more challenging than all her previous endeavours? After all, achieving success in the music business is no mean feat – and pivoting to TV presenting can’t be as easy as she made it look.

“You know what, writing this book has been such an enjoyable experience. I’ve had such great support from the team at my publisher and it’s been really exciting to get their feedback on ideas as the story takes shape. It’s a real privilege to write for children, and a responsibility, too.”

Is she aware of blazing a trail for her daughter and others like her – girls who might be tired of the gender stereotyping of yesteryear, and of the inequalities that still exist today? Was it important for her to challenge outdated tropes in her book?

“We live in a multicultural society and it was important to me that that was reflected in the book. Each character in the book is so different, with their own qualities. In real life, no two people are alike and that’s what makes every one of us special. I want every child to be able to pick up the book and identify with something in it. And it’s so important for me to have a young black girl on the front of this book.”

It strikes me that Lightning Girl is the perfect next chapter in Alesha Dixon’s whirlwind story – a combination of electric energy and human emotion of the exact same sort that drives its creator.