Tried and Tested: The Best New.. 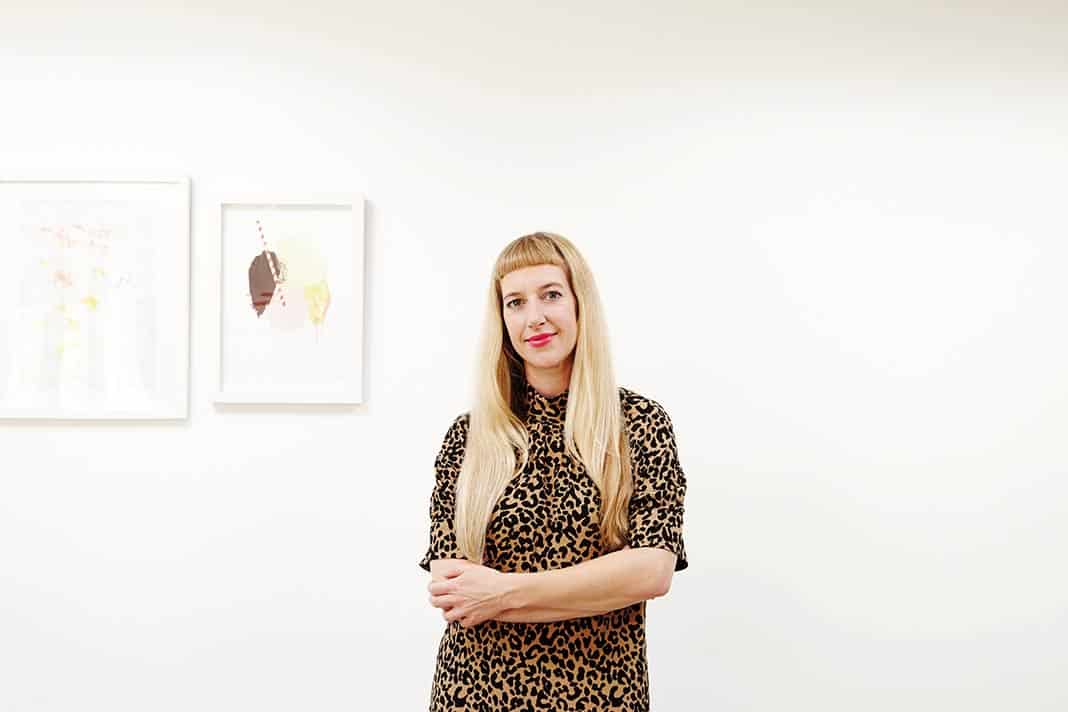 What prompted the start of the Early Hour, how long does it take to build a digital platform and how has it evolved over time?

After the birth of my daughter, I was writing the odd freelance article but my full-time copywriting contract had been terminated. It wasn’t until much later that I realised this was maternity discrimination. I decided I’d like to build a proper freelance career that would allow me to earn money while still caring for my daughter. When she was one, I came up with the idea for a digital parenting magazine that published articles daily at 5am, for parents up early in the morning with young kids. I wanted to speak honestly about parenting, to cut through the gloss, and to give a voice to the parents we don’t usually hear from in mainstream media (surrogate mothers; parents from different race, religious, class backgrounds; gay parents, IVF parents, parents who have lost a child, those who struggled to conceive).

After a few months of planning, researching, designing (someone else, following my brief), writing, commissioning and editing, I launched The Early Hour. I had to create enough content to fill the website and to keep putting out daily articles for at least the first month. I probably wrote and gathered around 40 articles before launching. It was a lot of work, and all done while my daughter was napping. Thankfully, she’s always been a very good sleeper.

In the first month after launch, the site was visited over 10,000 times. I was delighted. But this was mostly because friends and family kindly spread the word, online. Month two dipped, as did month three, which felt disheartening, but then I started to find the same people coming back again and again, and so a loyal readership began to develop. Alongside the content, I was growing the social media channels – Instagram, Facebook and Twitter. I found Instagram was the best platform for reaching new and expectant mothers. Initially, I wanted The Early Hour to be for both mums and dads but I soon found that 90% of my readers were female so I adjusted my expectations and went with this.

Three years in, I no longer publish daily articles. For a while, The Early Hour was my main job. I made money through sponsored content and brand partnerships. But I didn’t want to be a saleswoman, l wanted to write, so I started using it as a springboard. It has led to me writing freelance articles for the Guardian, Stylist, Red, Grazia – and to securing a book deal. ‘The Freelance Mum: A flexible career guide for better work-life balance’ is available now. I also work as a consultant, helping other freelance mums with their career direction. 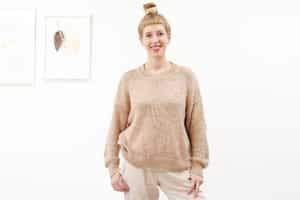 What’s your approach to sourcing content for the platform?

Initially, I called in favours from all my journalist friends and they very generously wrote free content. I’ve been through periods of paying for content (back when I was earning enough from The Early Hour to warrant this). Often, people ask to write guest posts, as it will promote their websites. But the most successful pieces are my own opinion pieces, or opinion/real-life articles that other people write, without an agenda (i.e. something to sell). Now that I’m publishing less, I’m really selective. I know what people want to read, so I publish content that will do well or articles that won’t necessarily do well but that are important – for instance, supporting a good cause or tackling an issue that other publications won’t touch.

You’re a freelance writer – how have you kept up with everything, especially when you had a newborn to look after?

With a newborn, it’s fairly easy. They sleep all the time, so you can work. It’s when they become more wakeful that it gets tricky. When my son was about three months old, I was looking after him full-time and my toddler-aged daughter every day of the week but two (when she was at nursery) and I was so stressed. I couldn’t work out how to lighten my load. A few months later, I stopped putting out daily content on The Early Hour and a huge weight was lifted. Now, I was only writing freelance articles that would pay, and putting out enough content to keep the platform going. I felt utterly liberated. A few people emailed saying they were disappointed, as they relied on those 5am articles each day but most of my readers were really supportive and totally understood.

You’ve published a book, ‘The Freelance Mum’. What challenges did book-writing pose?

As writing is my thing, it wasn’t too hard. I wrote the bulk of the content in a few weeks but then spent longer interviewing people (there are 50 freelance mums in the book). It needed to offer a wide array of freelance mum experiences; not just mine. Once the book was written, there were a few edits and now we’re doing all the PR, but I have a publicist who’s fab so she takes charge and just tells me what I’m doing and when. It takes up time but I can fit it in between my other work. And I’ve become quite used to writing quickly and working efficiently, because I never have a huge amount of time. To be honest, I get a lot more done with two children than I ever did pre-kids. 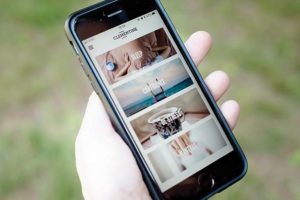 How do you stay connected while freelancing? Do you ever miss office life?

Initially, I felt quite isolated when I was setting up The Early Hour. But if it got too much, I’d get out to a networking event – locally, or somewhere else in London. I found that my kids going to nursery and school has widened my social group so I now have freelance pals who I can meet for a quick coffee before I get started, which makes the day feel less long and lonely. But I also collaborate. I’m co-founder of Clementine App, which helps women to feel calmer and more confident. My partner, Kim, and I get on really well so we often WhatsApp and chat on the phone throughout the week – I really relish this. We plan to start working together a lot more, in an office, so I’m looking forward to that. A bit of both is ideal, I think – I love the quiet of my home and need to be alone to write, but some company is vital too.

The Freelance Mum: A flexible career guide for better work-life balance by Annie Ridout is published by 4th Estate, out now 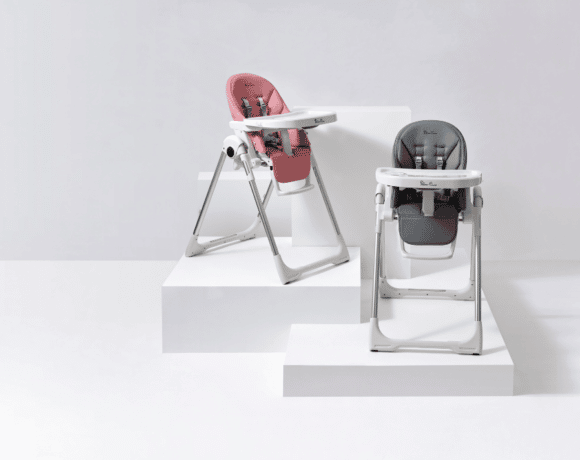 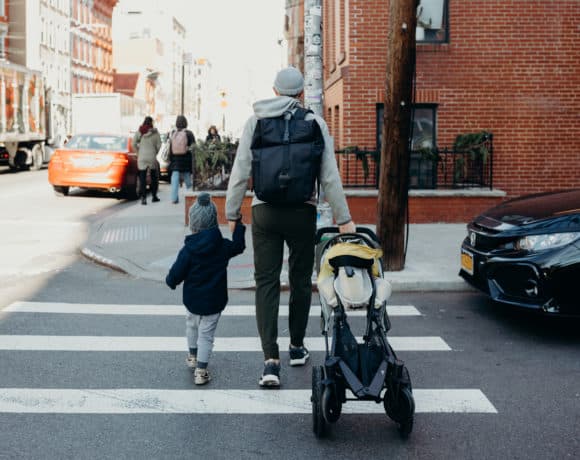 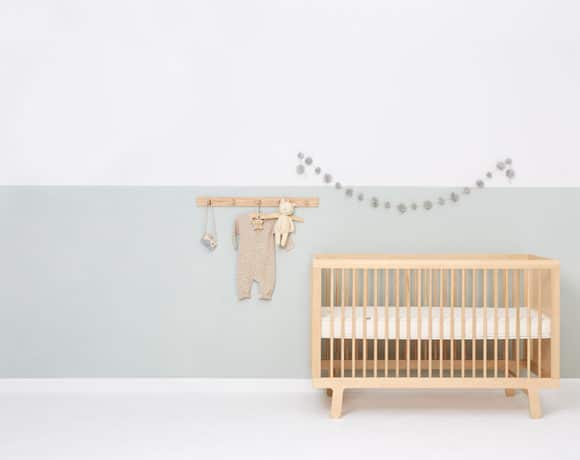