Are Birth Plans a Thing of the.. 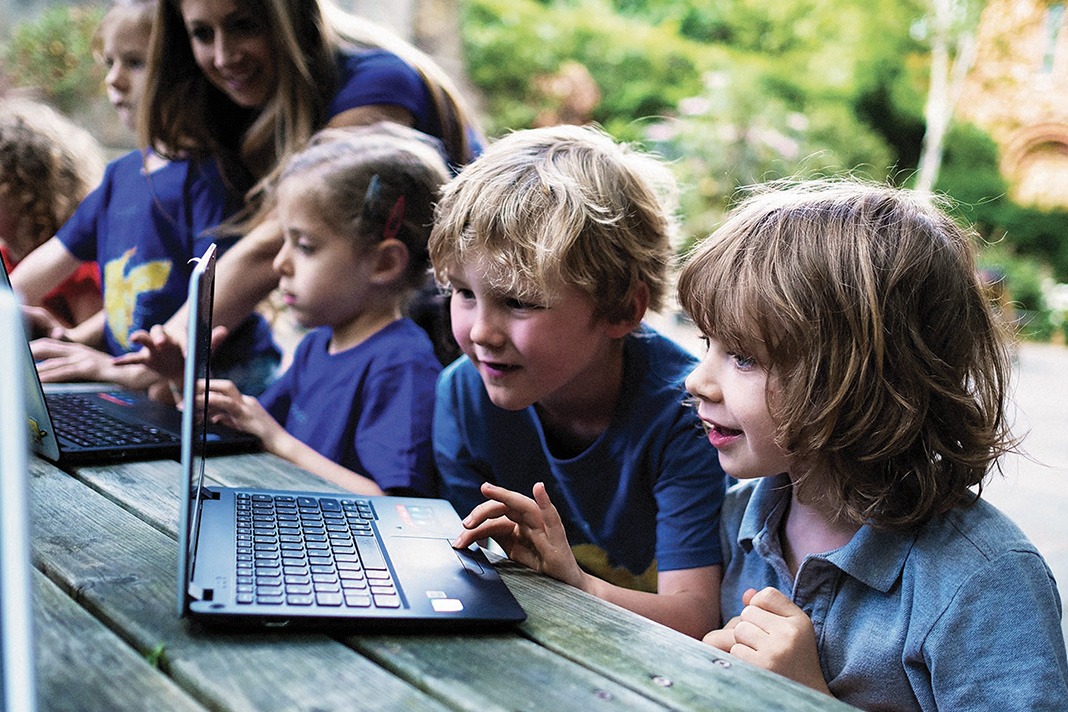 Absolutely Mama meets Elizabeth Tweedale, the founder of Cypher, which is all about teaching coding to kids

Q Tell us a little bit about yourself.

A I’m the founder of Cypher, a company teaching coding to kids through holiday camps. My background is in Computer Science and I have a Masters in architecture. Cypher’s been going for two years. I’m also a mother of two and I’ve got another one on the way.

Q Could you tell us what Cypher is and what it aims to do?

A At Cypher, we aim to prepare children for the future through an education in technology and Computer Science. We believe that we are a crucial part to our student’s journey in Primary School and Secondary school, as all careers will include not just technology, but at least a base understanding of coding and computing. Because we incorporate creative themes, such as architecture and fashion and digital art, we cover all bases. We’re not creating a generation of computer scientists or coders, but simply teaching the base fundamentals everyone will have to know. Courses are a weeklong and take place in holiday time, so for about 14 weeks a year.

Q What programs do you teach children? What age do they start?

A The younger children start, the better. They’re like little scientists at the beginning; they’re always trying new things. Logic is built into them.

At Cypher, we teach children from 4-14 and we often have parents ask us which computing language they should be teaching their children. But our main purpose is to teach children the fundamentals behind the languages so that they can switch between them. They all learn how to touch-type as part of our program, and once they’ve reached the text-based languages, they learn to transition between them. By understanding how the languages are built up, and the logic behind them, they can figure anything out because they’ve got the base fundamentals. It’s not like learning Spanish or French. It’s all the same it’s just structured differently.

Q What’s the most popular course?

A It’s difficult to say because children all have such varied interests but we have a lot of creative themes, and in the afternoons there’s a different themed project. Our courses are so broad and children learn to apply principles in coding and technology at all of them.

Q Do they get a qualification?

A All courses get a certificate of achievement at the end as they progress up through our levels. They start out as Micro Coders and move to Kilo Coders and so on. These are age based, and within those they work towards their own achievements. In the afternoon they’re doing their own projects, but they’re all getting something different from it, with different concepts covered that way.

Q Why do you think it’s so essential for the future generation to learn to code?

A With the rise of robots and AI, the most important thing for the next generation is to understand what it is, how to program the robots, and how we can use it to our advantage. It will take over people’s jobs so the future generation is going to have to adapt and change. The key skills that we need to be teaching them are things like communication, collaboration, and creativity: the things that computers can’t. That’s why coming to a camp is so different to sitting in front of a computer at home and learning to code online. The kids have to work as a team, understanding how to problem solve as part of a team.

Q How does Cypher expand on the coding taught in the national curriculum?

A The national curriculum sets the basis for what all children should learn as the bare minimum. Our curriculum is based on the core fundamentals of computer science, which aren’t really touched on until your GCSE’s or at University. We start it at aged four, so all of these concepts are second nature by the time you get to that age.

Q Where do you hold your classes?

A We hold our classes in schools and sometimes in community centres. We’re in places like Notting Hill, Twickenham, Hampton Hill, Chelsea and Harrow. We are also looking at expanding further in the UK and London. We’ve done some initial camps in America, and had interest from the Middle East. We are also developing our foundation. As we grow, I’m keen to expand and be able to give back and find a way to offer what we’re teaching to a broader range of children.

Q Which schools do you work with?

A We have our after school clubs in both independent and state schools. We are based predominantly in West London, and we just started at Harrow, which is exciting.

Q What about your kids and coding?

A My nine-year-old son has been coding for five years. He’s severely dyslexic, so it was hard for him to grasp it at first. But it really helps with dyslexic children, because their brains work so differently, and things like touch-typing are so important because they can use it in their exams. My daughter is seven and she just loves everything her older brother does. They already have their own online shop for their school charity. It’s really sweet.