Get your first aid skills up t.. 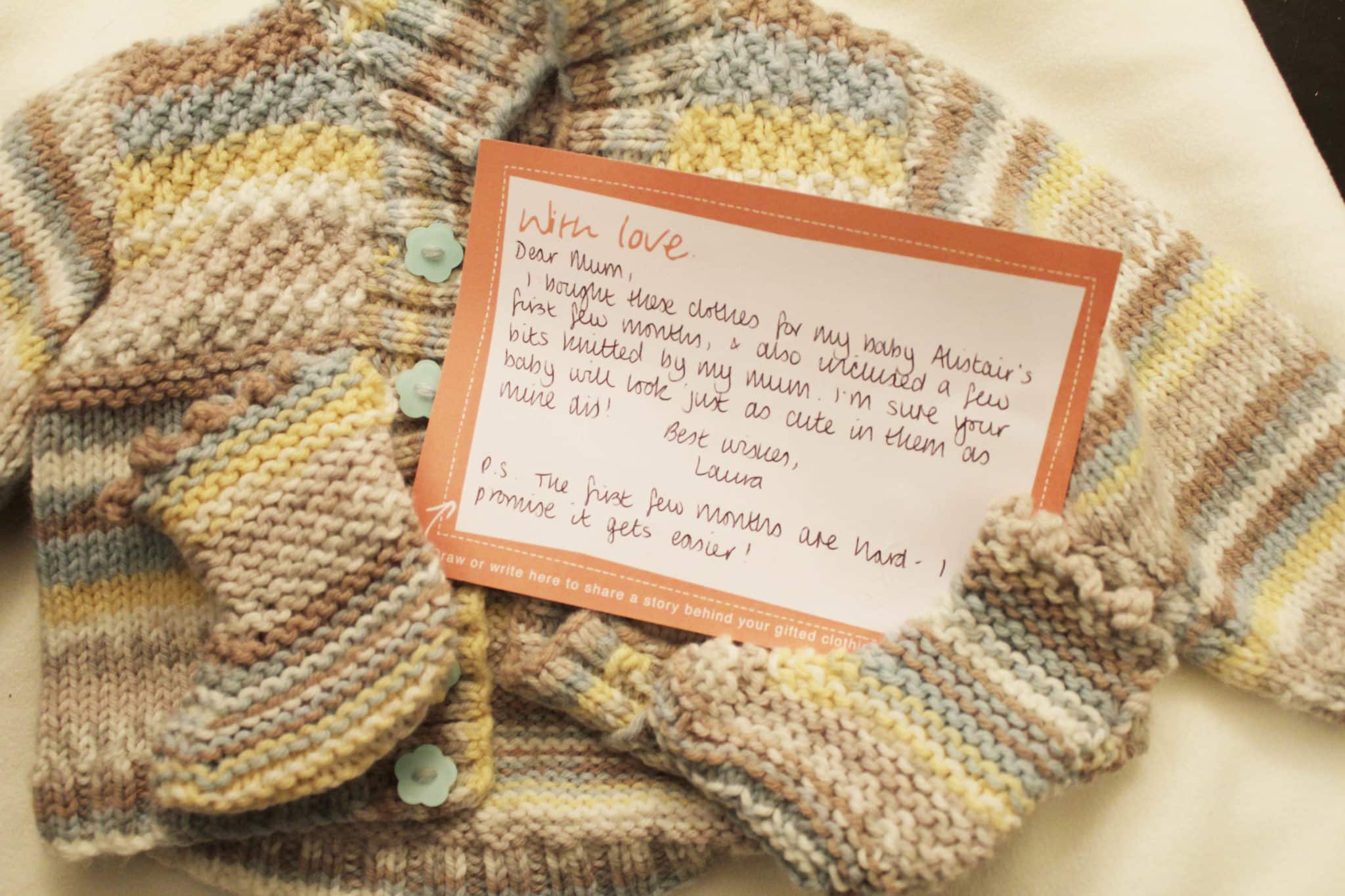 The majority of parents have attics full of old baby clothes – some of us hang on to them to pass them on to others, while sometimes they are meant to go out to the charity shop, but end up just gathering dust. This has been confirmed by a new survey which found there are the equivalent of 250 items of outgrown baby clothing in existence for every baby born in the UK in 2017.

Mothercare & Hubbub surveyed 2,000 parents,  and found that as many as 70% of parents still have baby clothes their children have outgrown, which they say they are unlikely to use again.  The research also revealed that many parents have donated some of their children’s outgrown clothing to charity shops (83%), sold them (51%) or passed them on to friends and family (83%).  However, a third of parents (34%) said they had thrown baby clothes in the bin because they needed the space or didn’t know what else to do with them.

In the run up to Mother’s Day, the #GiftABundle initiative is asking parents to donate quality unwanted baby and children’s clothing to other local families in need – and Mothercare will make it as easy as possible.

Over the next four weeks, parents can hand in bundles of six items of good-quality clothing for children up to three years old at selected Mothercare stores across the UK.  The clothing will then be beautifully gift-wrapped and distributed to other local families.

Heather Poore, Co-Founder of Hubbub, said: “It’s a terrible shame to hear that perfectly usable clothes that were once loved are ending up in the bin… We hope this campaign provides a great opportunity for parents to sort through those clothes stashed in wardrobes and lofts and give them a chance of a new lease of life.”

For more details of participating Mothercare stores, tips for making your children’s clothing last longer and ideas for running your own #GiftABundle campaign locally visit www.mothercare.com