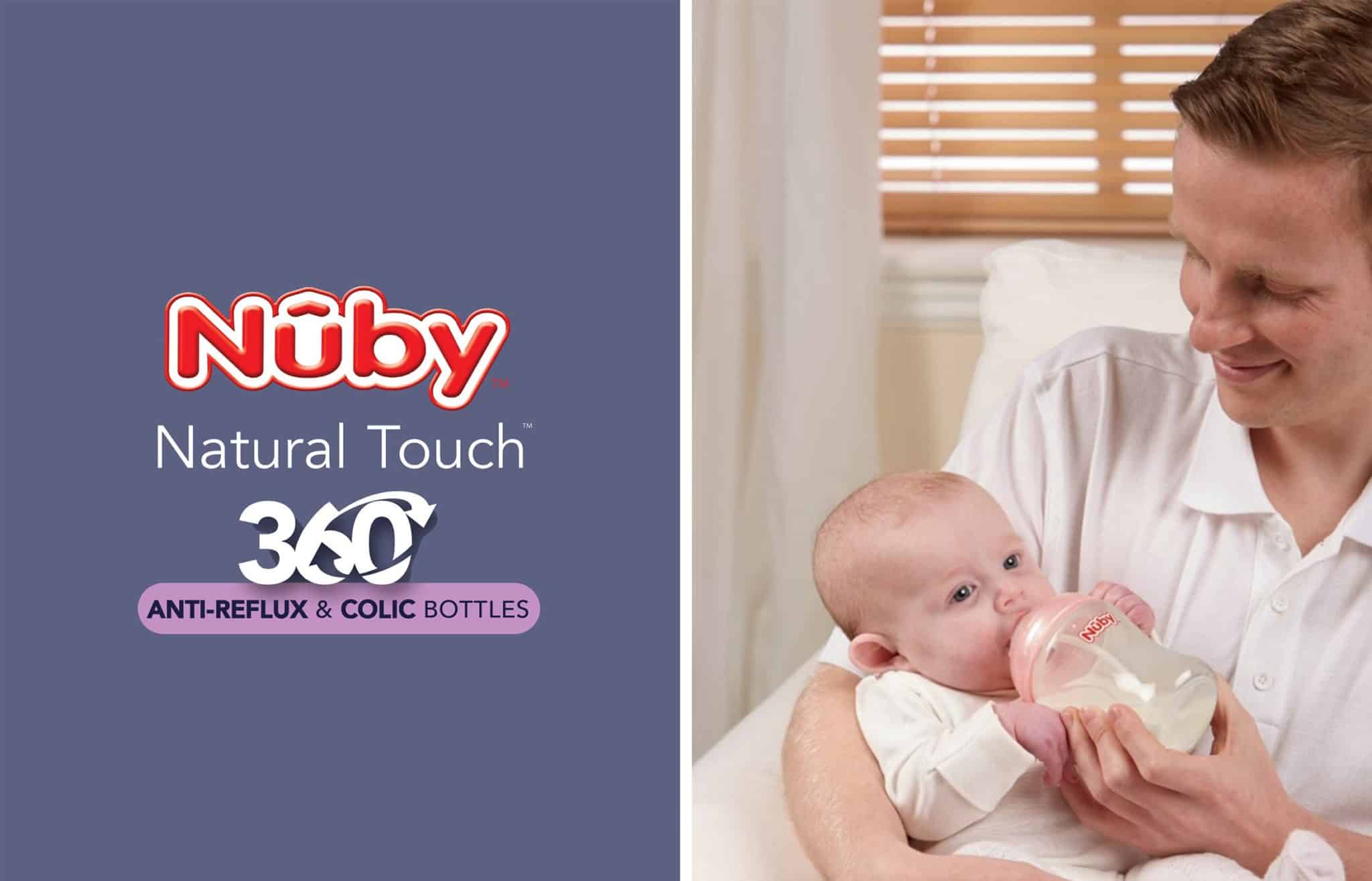 Why choose the Nûby Natural Touch 360˚?

We all know how stressful it is, trying to feed a baby that is suffering from reflux or colic symptoms. But what steps can we take to help relieve the pain?

One tip from the NHS Choices website is to “prevent your baby swallowing air by sitting or holding them upright during feeding”. But with most baby bottles it’s impossible to feed in the upright position, without tipping baby back into a reclined position, to get to the last drops of the feed.

However, help is at hand, with the launch of Nûby Natural Touch 360˚ that:

3.    Perfect Position – Weight at the end of the straw follows the milk, which means you can feed in any position that’s most comfortable for parents and baby.

4.    Breast-like Shape & Skin-Like Feel – the same nipple as the award-winning softlfex™ Easy-Latch teat on the Natural Touch bottle. Accepted by 9/10* babies. Making it easier to transition between breast and bottle feeding.

“I love the fact that my baby was never sick after using this bottle and didn’t seem to get trouble with wind like he does with other bottle.”

“My little girl suffers with wind a lot and this definitely helped with that as I could feed her at whatever position she was happy with.” 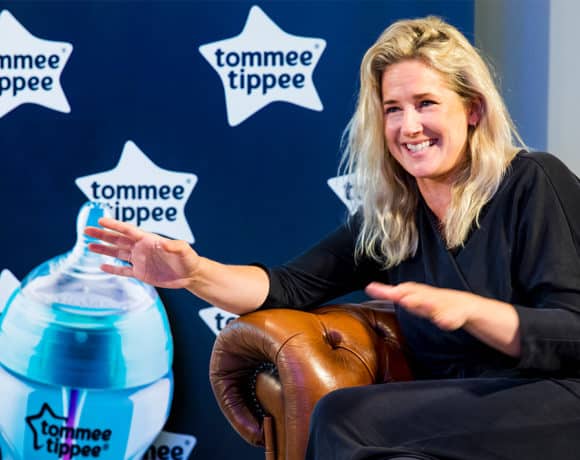 Tips for coping with colic from Anna Whitehouse and a midwife