Fearne Cotton on her new fashi.. 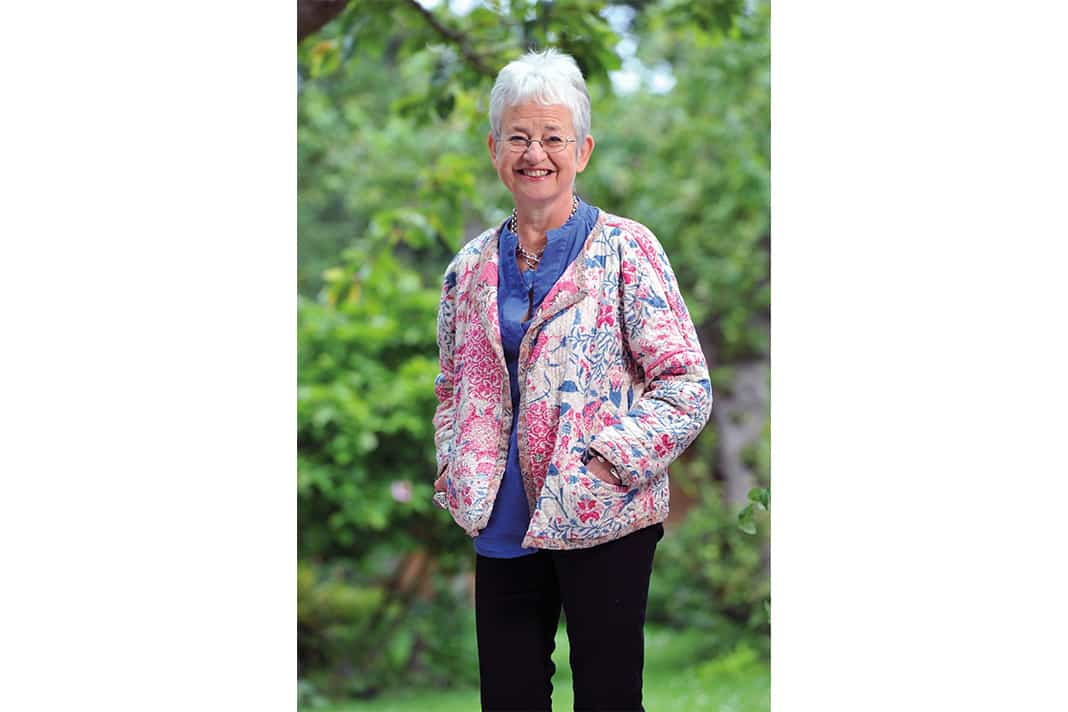 When prolific children’s writer Dame Jacqueline Wilson was a child, naturally, she loved to read. But she remembers her mother always telling her to “get your head out of that book and go and do something useful”, she laughs, reminiscing as we talk to her on the phone. “Times have changed so much.”

Jacqueline’s voice is calm and soothing. Her love of literature clearly comes across in her turns of phrase and she uses words like “beguiling”. When speaking about children she evokes a sense of mischief, which has often been a staple personality trait of her most famous characters, like Hetty Feather and Tracy Beaker.

Through her work with educational institutions around the world, Jacqueline has already made big strides in helping to foster a love of literature among children, which is why, in 2008, she was named a Dame. But she still has plenty of great ideas on how we – as parents – can do so, too…

Q Why do you believe reading is so important for children today?

A I’m not anti social media and looking at YouTube or the television at all, but I think reading is the greatest joy for anybody. Certainly, for me, it’s the thing I like to do most. When [I travel], I shall have several outfits, but I’ll also have at least five books with me. I’m not a Kindle person, I prefer actual, real books, and I think with children – even a child who thinks reading is boring – you can only find the right book for them. And if you bring up a child so that you read aloud to them at bedtime and they associate reading with cuddling up and having fun, you can make really keen readers for life.

I think it’s one of the greatest gifts you can give children. Reading is entertainment, it stimulates the imagination, it helps create empathy for other people. If reading isn’t something you can do fluently you are really hindered in life. There are just so many reasons why reading is the best thing ever to learn.

Q What tips do you have for parents looking to encourage their kids to read for pleasure?

A I think parents should treat books like a treat, as if they were giving out bags of sweets. I think if you thrust a book onto a child and say “here, read this, it’s good for you” [laughs] they’re going to feel a bit resistant. Also, sometimes parents nag their children about reading and actually don’t often read themselves. If a parent is just forever on their favourite social media site, or hooked on television, and never reads, it doesn’t actually send a message to a child that reading is a lovely thing to do. Children learn by example.

A Luckily for me my daughter loved being read to from when she was a baby. She would sit on my lap and we’d look at pictures, and read picture books.

She learned to read quite young, but even though she could read very well for herself I still read to her bigger books she might have found too challenging at the time. When I look back I think they’re the loveliest moments from her childhood.

Q What advice would you offer parents of kids who are interested in writing?

A I think that’s exciting and it’s great to encourage children. I want to issue a word of caution, though: I have lots of children and quite a few parents writing to me, asking: “How can I get my child’s work published?” You can go down the route of self-publishing, and that’s fine, and I’m sure grannies and aunties are thrilled to bits to get a book at Christmas written by a beloved child.

But I think so many parents seem to think that just because a family loves the story it’s totally publishable. We hate disappointing children, but it’s so desperately rare that any child can get a story published.

I try and impress upon children that if you get fed up with a story, it doesn’t matter if you stop writing it. If all the fun has gone out of it I think there’s no point.

If you suddenly run out of ideas for one story, close down your computer or put your notebook away, and maybe in a couple of days start another story.

The whole point is it’s meant to be enjoyable, and I’m so pleased that so many children do like writing their own stories now.

Q What message are you ultimately trying to put across in your stories?

A The overwhelming message in most of my books is to show that if somebody seems a bit different don’t automatically assume they’re weird. I specialise in characters that are the odd ones out. It’s comforting for children. Then they read on and this child who doesn’t have much going for them actually wins out at the end. I don’t have fairytale endings, but I try to make them as happy and satisfying as I can.

Q How was it, being named a Dame?

A I was absolutely delighted! Also particularly when it was for services to literature, and I felt that it wasn’t really just an honour for me, but it was for all the children’s writers that go around schools and libraries and festivals and give lots of talks to try and pass on the joys of reading. I’m very proud to be a Dame, but I certainly don’t insist on it as a title. I’m just plain Jacqueline Wilson – that’ll do me!

Q What are you working on now?

A I recently finished another Victorian book called Rose Rivers, which will be out soon. I’ve also started writing about a popular character of mine [again], and now I’ve decided to write about her when she’s  grown up.

Q Can you tell us which character it is?

A I’m not supposed to say! So I’ll stay quiet and keep people on tenterhooks for now [laughs].

Rose Rivers is published on 17th May by Penguin Books