5 of the best child-friendly e.. 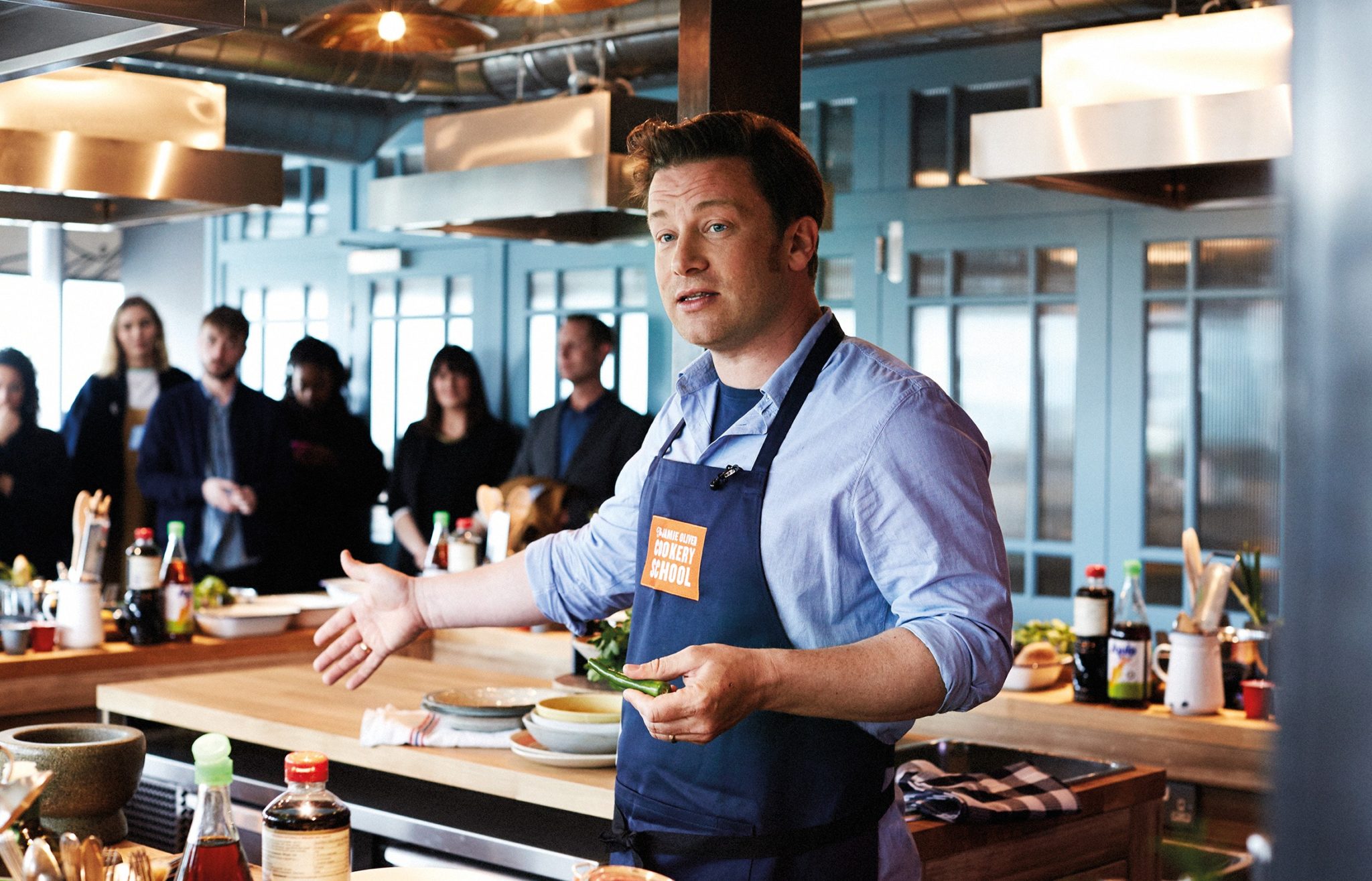 Jamie Oliver’s new cookery school has opened in Westfield, Shepherd’s Bush. We took a class to catch up with the Naked Chef himself

Jamie Oliver’s team is visibly nervous. He is on his way, but not here yet, and there are lots of people waiting for him. This is the launch of his new cookery school in a dedicated space attached to Jamie’s Italian in Westfield. Jamie himself is coming to give a cookery demonstration and we, his class, have been given clear instructions on where to sit and what to do.

You can’t help but like him when he arrives; even if watching Jamie Oliver cook is a bit like watching a Jamie Oliver impersonator cook. His trademark style is so consistent and so particular that it almost seems to be a pastiche. ‘Chilli – it’s such a beautiful thing,’ he says. ‘We’re going to smash it. We’re going to bash it. Give the lemongrass a spank.’ He is making a Thai curry and rhapsodizing about the pestle and mortar – ‘the most important piece of equipment in the kitchen’ – almost as if it were an entirely new invention that nobody had ever heard of.

This is typical Oliver. His boundless enthusiasm creates the impression that he’s the only one to have ever thought of doing something, like making dinner. His target audience, whom he is seeking to ‘empower’ by transforming them from ‘non-cooks’ to functioning dinner makers, seems to me to be a questionable demographic. Because surely, in 21st century west London, everybody has dinner at home sometimes? And makes it in their kitchens, using things they have bought from an ample supply of local outlets. What Oliver gushingly refers to as ‘absolutely incredible fresh ingredients’ are undeniably lovely but as herbs and spices, wholly credible. All the hyperbole is a bit wearing, but still, the message is simple. Come to the cookery school and learn to improve your skills. ‘All you need,’ says Oliver, ‘are 10 recipes that can save your life. The mother ship recipes that you can return to again and again. After that it’s super happy days all the way.’ The message is that anyone can cook, which may seem obvious, but Oliver’s belief is that some people are too scared, or that cooking is too alien, and that his role is to demystify the whole process.

This has always been his way – it’s now 20 years since he first burst onto our screens as The Naked Chef. And for a jobbing chef to be catapulted to stardom so quickly was huge, he reminisces. ‘Being the Naked Chef was like being in One Direction,’ he says. He credits himself with revolutionising the British kitchen and encouraging men to cook where previously they had simply arrived home and asked their wives what was on offer for dinner. Whether this is true or not, it’s undeniable that Oliver has made a huge impression on the nation and its eating habits.

The cookery school will offer classes like ‘Pizza and Prosecco’ and ‘Vietnamese Street Food’ which are clearly attempting to tap into the foodie zeitgeist – a bright move that is likely to draw in any who feel intimidated by the thought of gourmet home cooking. The school will also offer kids’ classes, making this a great option for birthdays or weekend activities to keep the little ones busy.

Which brings us to Thai curry. The green Thai curry – first tasted by Oliver on his 15th birthday, when it ‘blew his mind’ is a dish, he says, that’s ripe for ‘bastardisation,’ by which he means that it has been adopted by the British canon and is now one of our favourite dishes. His version, which we make under his instruction (recipe left) is faultless. And there’s the success of the school – I bring my creation home for dinner and am enormously proud. Thank you Jamie. 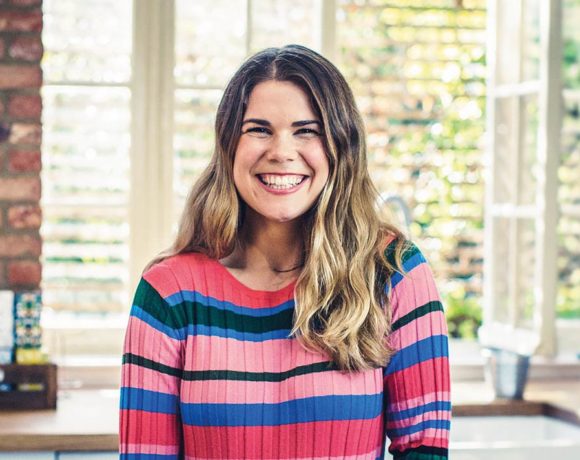 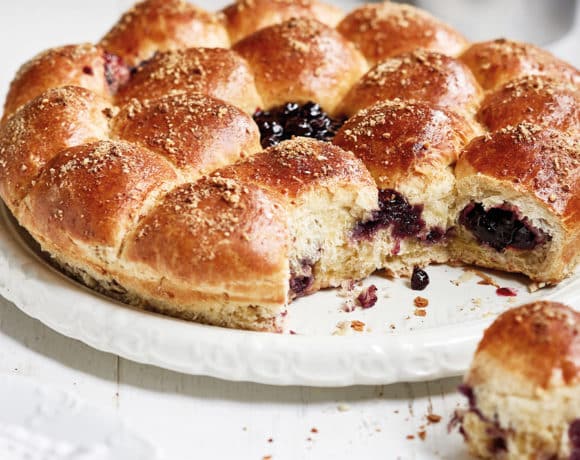 Good Morning: Three breakfast recipes to ensure a sweet start to the day 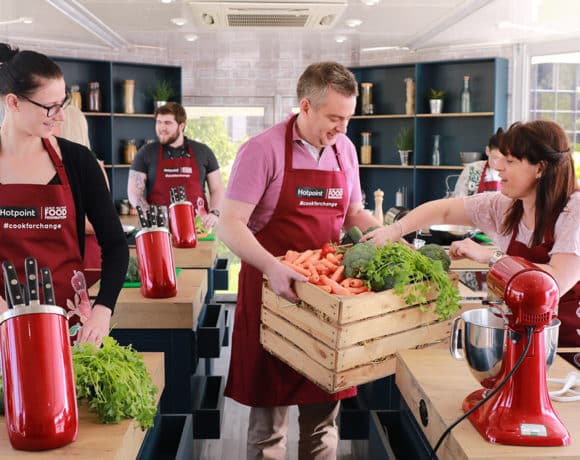