Squad goals: The 5 friends you..

La Basketry is a new brand that Tabara N’Diaye started with her sister Mamy started at the beginning of 2017.

started with her sister Mamy earlier this year at the beginning of 2017. They sell the traditional handcrafted baskets that are seen everywhere throughout Senegal. The smaller ones often being used for bread and fruits.

Sisters Tabara and Mamy grew up in Paris but have roots in Senegal, a country known for its craft from sculpture and printing to weaving and basket making. Keen to explore starting a business which was close to their roots, they had noticed how much people loved the baskets they brought back from Senegal when they visited.

Handcrafted from a local grass called ‘ndiorokh’ with recycled colourful plastic weaved in, these baskets are common all over Senegal. Their different ranges include the etoile and the diamond range, which build in colourful, geometric patterns to the normal weave.

The sisters work directly with the same group of ten talented women in a village called Ndiakhate, east of Dakar, which is where the sister’s parents were born and family still live.

Super versatile in the home – the bigger ones are perfect for storage while the smaller models can be fruit bowls or hold accessories.

The brand is aiming to expand to more stockists in the UK, which means they can grow their network of woman and give them regular income. Although the brand is fair trade and they pay the woman a fair wage and support their families – there is no middle man.

Tabara and Mamy are providing the craftswomen they work with with a bigger platform for their craft as well as partnering with the charity Village Pilote, which provides global support to youngsters by donating 10% of their profits. 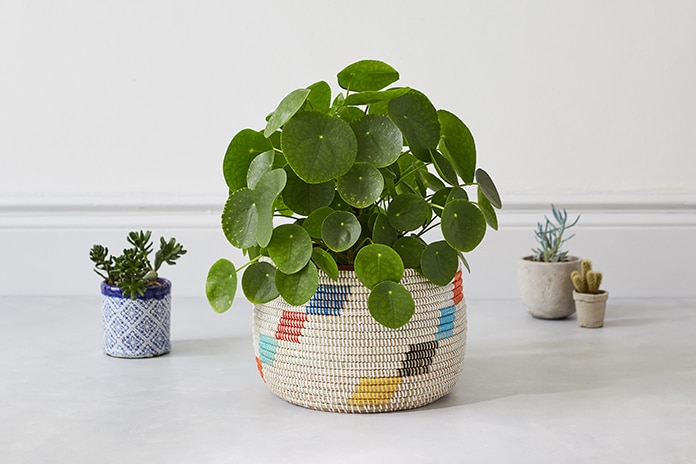