An interview with Jessie Ware

Woman in Work : The founder of London Rhymes

Woman in Work : The founder of London Rhymes 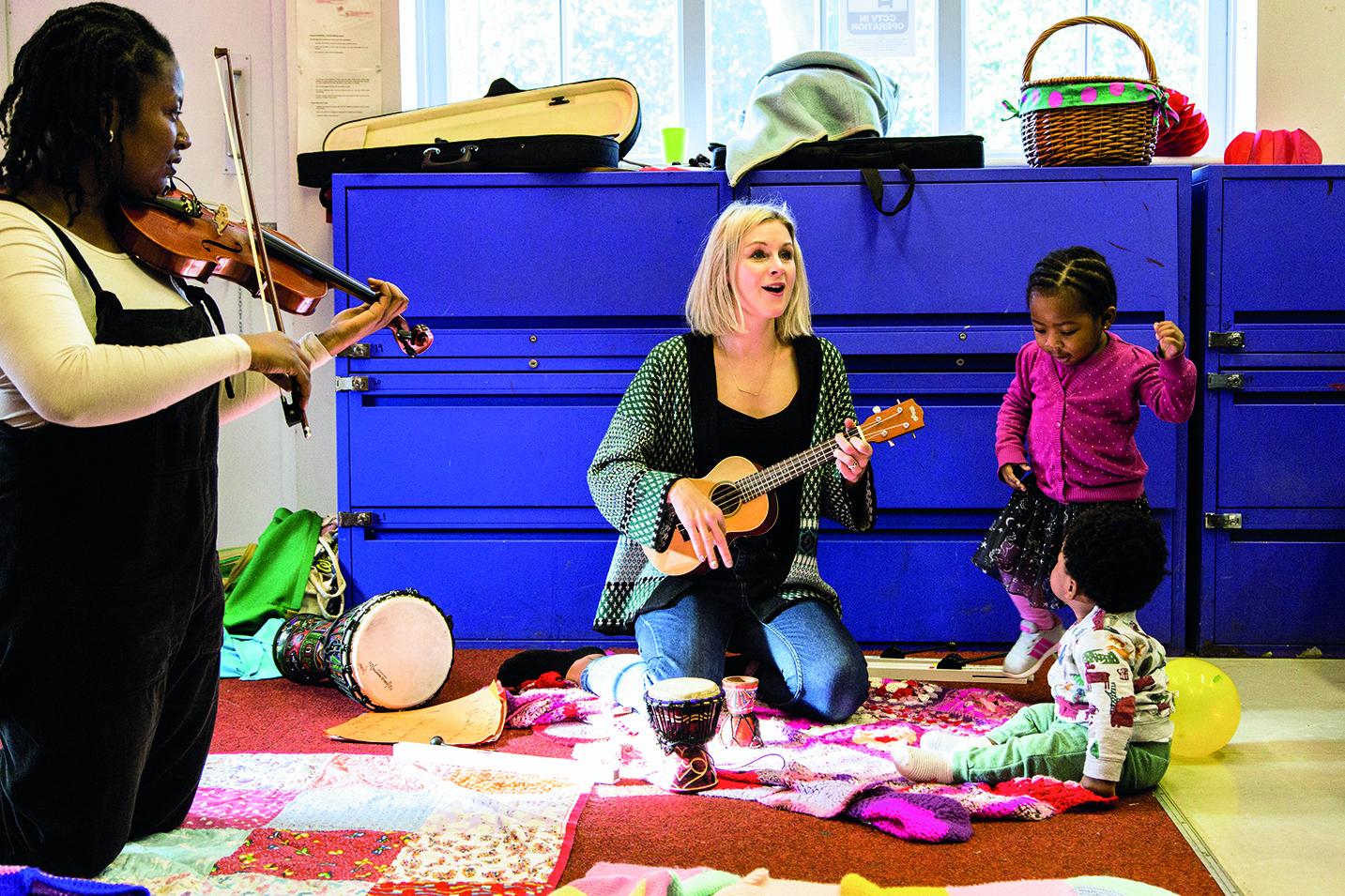 Tell us about London Rhymes – it sounds so exciting!

It is, I’m very excited!! At its heart, London Rhymes (www.londonrhymes.com) is a singing and songwriting project with parents and young children under two in community settings – like children’s centres, playgroups, drop-ins – anywhere where new parents congregate! Myself and a musician from the team lead projects in these settings for around 10 weeks. It’s very informal – we sing songs together, play with instruments and improvise together with our talented musicians (babies make great improvisors!) as well as write new songs together – a collaboration between myself, musician, parent and child. It’s mad!

And now, we’re launching a YouTube channel which will kick off with a selection of 18 original songs for families to enjoy together, beautifully animated by an artist called Claire Fauche. Even though these songs were written with small groups of parents in various corners of London, it’s our dream that these songs will be used, sung and enjoyed by families all over the place –  it’s the universality of parenthood regardless of background or circumstance that’s reflected in this collection of songs.

How has Creative Futures offered support?

Creative Futures are a really inspiring organisation, that seek to transform young lives through the arts. I’ve worked with them on other projects for years, and approached them after I’d completed the pilot of London Rhymes, to see if they wanted to link up! They were really excited about it and are a really important part of its success now, bringing their expertise in project management, fundraising, research and evaluation. As a freelancer myself, it’s been really key to establish strong partnerships, and collaborate with those that bring skills to the table that I’m lacking in! I learn loads from them. They have an early years specialism too, and it’s been amazing to have my ideas supported and developed by such an effective, well-respected charity.

What’s your musical background and how did the idea for the project come together?

I’ve always loved bringing groups of people together through music – I started running choirs in my school when I was 15 and have never really stopped. I’ve sung throughout my life, but it was when I moved to London to do an MA that I discovered that there was a career to be built out of doing this ‘bringing people together through music’ kind of stuff! I did some more training and haven’t looked back. I’ve worked in all kinds of settings and with various age groups, but in 2015 had the crazy idea to try out writing songs with a group of parents and babies, which I did in a family centre in Hoxton, East London over a number of weeks. It was fun, and challenging… but there was something in it that I felt was important to keep pursuing.

The desire to sing with my baby was STRONG (and still is), and I realised that it’s common to lots of new parents – singing suddenly becomes something you’re doing every minute of the day, whether it be twinkle twinkle or making up a nonsense song to try and get your wriggly baby to stay on the changing mat. For me, singing with him was soothing in the very early days, kept me calm in difficult moments, made us both smile and laugh, embedded routines during the day… the list goes on! However, despite this, I sometimes felt a bit stumped at times when looking for something nice to play to him, and though I’m a musician, felt a bit confused by the huge amount of ‘stuff’ out there on Spotify and Youtube but the quality was mostly pretty horrendous.

So, I began my blog and instagram account @mama_sings_rosie, and began planning and fundraising for the next phase of London Rhymes. We rolled out another 6 projects across the city, and in the process collected more and more songs written together with families which were then recorded by our amazing team of musicians. But as a small community project, we lacked the funding to be able to extend the reach of the songs –  until we received some funding from The Space which supports small organisations to reach new audiences digitally – and ta da!

I do love what I do, and am even more passionate about it as time goes on – and going through the whole experience of pregnancy, birth and maternity leave, as well as now being a busy working parent to an active toddler, reinforces how singing can really be an antidote to stress!

And I continue to see first hand, the impact for other parents too of having embedded music and singing into their lives with little ones, which can be huge – and this is what motivates me.

How does it aim to be a counterpoint to the annoying/unmonitored content kids can access on You-tube?

Central to London Rhymes is a desire to support those in the throes of new parenthood through music and song – it’s an incredible tool! But online (and especially on YouTube) there’s just an overwhelming amount of content… and no guarantee to its quality, appropriateness or even its safety. You search a song and are bombarded with a sea of results – mostly low quality and over produced, with synthesised effects and often garish visuals, and which have little in the way of real voices or live instruments. The mainstream choice for parents is overwhelming, yet of overwhelmingly low quality.

So, whilst we’re all guilty of sticking YouTube on to keep our kids busy whilst we do some washing (or drink a swift cuppa!), I think there’s a growing unease around it. Kids channels can be big business, and it feels like we’ve lost some of the quality control along the way…

London Rhymes is just offering an alternative, via a platform that’s still massively useful for parents – something real and quality, without the cringe factor. That inspires families to use music in the everyday. That offers real value, for learning, building healthy strong attachments, in encouraging play at home, in establishing routines, and in being exposed to a range of styles and instruments. That doesn’t make a parent feel like they’ve lost themselves in a sea of twinkly sounds and synthesised effects!

The music is also available on non-visual platforms (Spotify, Amazon Music, iTunes etc!) so there’s lots of way to access the songs.

What are some of the benefits as you see them of singing for both mum and baby?

Singing is a massive win win for parents and their new babies. Becoming a new parent can be a life changing world shifting, earthquake-causing event – whoever you are, the impact can be monumental. The massive highs and sudden lows, crushing sleep deprivation, all combined with a love like you’ve never known…the list goes on! And for many new parents, circumstances can make this time even more challenging.

When you look at some of the research out there, it’s really incredible. Babies can hear their mother’s voice from around 26 weeks in utero, and in one study, babies showed a preference for the mother’s voice straight after birth. We sing lullabies to our new babies the world over, and have done for millennia. As new parents, we subconsciously match the early preferences of our babies through our vocalisations – which (even if not a ‘song’) are very melodic, like singing – baby talk! That instinct that usually kicks as parents in to sing anything and everything to our new babies, is well founded.

It’s not surprising then, that singing helps foster bonding and build secure attachments – and this in turn has a huge impact on a child, right into their adult lives.

One huge benefit of singing to young babies and children, is the impact it can have on mental health. Maternal mental health a huge, yet undervalued and under-resourced issue in this country, and in circumstances like this where attachment may be compromised, singing can play a really crucial role. A study last year showed a much quicker rate of recovery in those mothers that took part in regular singing with their babies.

As we move into toddler territory, a song regularly gets me out of a sticky situation! It can change an atmosphere instantly, and diffuse a meltdown like nothing else.. it’s also a great distraction tool, and a useful way to establish routines within the family. Not to mention the speech and language, confidence-building, social skills and learning benefits for young children which are off the scale

We hope that the music that we write and record with London Rhymes might be used  and loved by parents and their children, and may inspire them to sing more at home, to reap some of these benefits. 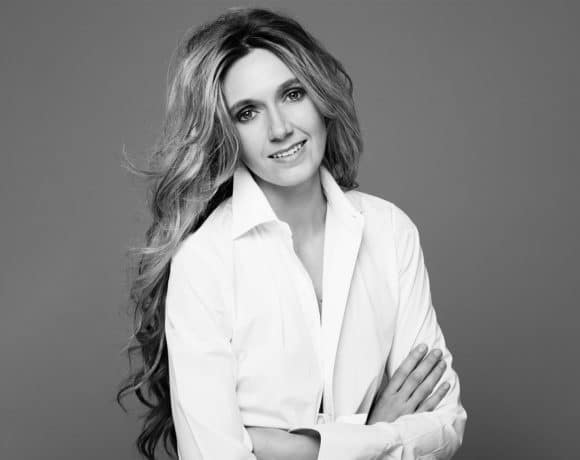 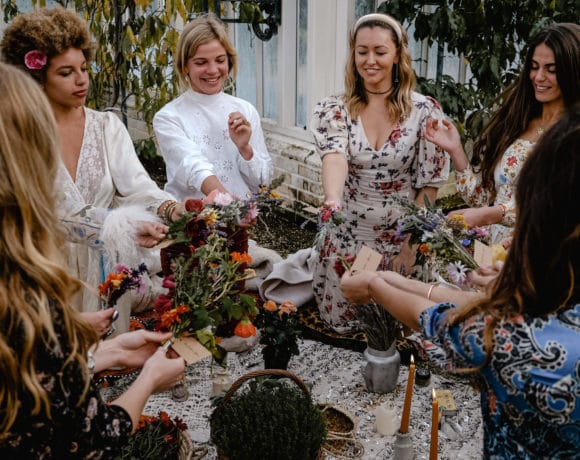 What is a ‘mama circle’ and how to hold one…