Why is pre and postnatal fitne.. 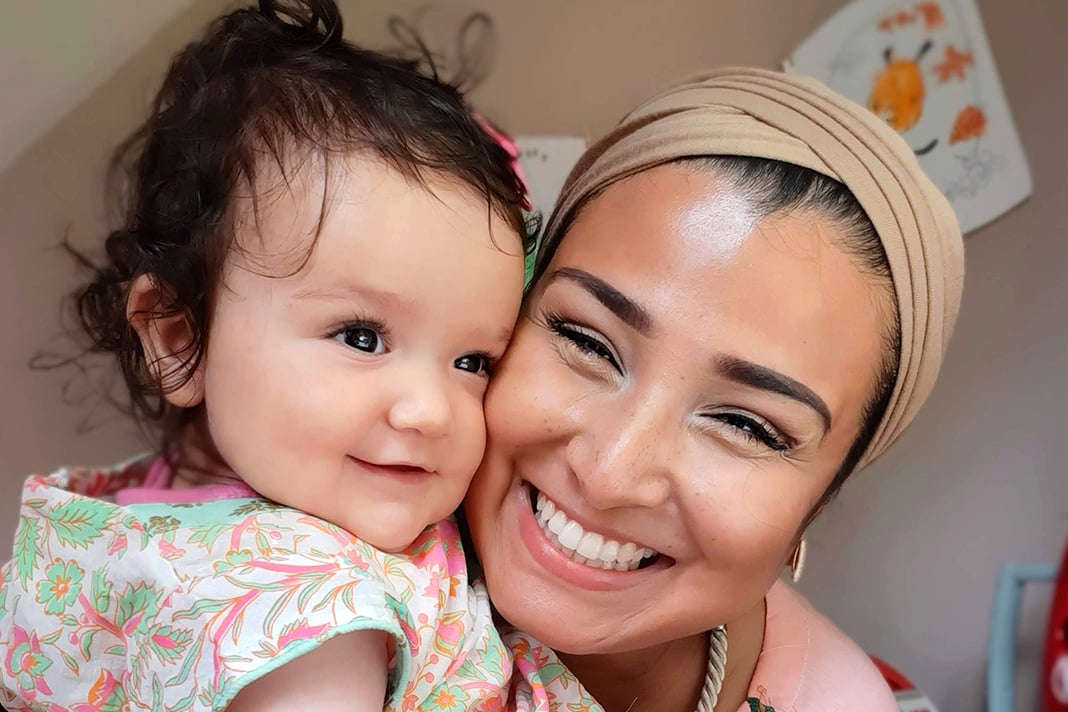 Nilly Dahlia lives in the Sussex countryside with her husband Ali and their three little ones, who are all under five. She talks about what it’s like to be a British Bengali Muslim mama on her YouTube channel and her Instagram feed. Here, she chats with us about everything from what it’s like to be the only hijabi in the toddler groups to how she’s juggled being a busy working mama during lockdown…

I started YouTube initially as a hobby on the weekends as a break from studying my Masters but then life happened and I got married and fell pregnant, but as I was researching about birth plans, I couldn’t find much about pregnancies with Islamic guidance and there was zero results on YouTube. This made me realise there was a gap for Muslim mothers on YouTube because I couldn’t be the only Muslim woman wondering what was right or wrong in Islam in regards to motherhood. And, I wanted to help other Muslim women on the internet and not feel alone.

What made you want to talk about what it’s like to be a British Bengali Muslim mother?

Whenever I would see a campaign, an advert on TV, any news articles, billboards about motherhood I would only see white mothers and it would really upset me that the media were not portraying different ethnicities/religions when it came to discussing parents. Because of this, society’s perception of motherhood was limited and I wanted to break this down and show that we are also mothers, debating over the same issues whether it be, which pram to buy, or whether we should baby-led wean or give our child purees. That the colour of my skin and the fact I wear a scarf shouldn’t be a barrier for me to be involved in talking about motherhood. Also, I felt really lonely being the only hijabi in the toddler groups and other parents weren’t approaching me, which after discussing it stemmed from the fact they didn’t know how to approach a Muslim woman as their perception of Muslim women was based on how the media have portrayed us, oppressed. And, I really wanted to demolish this perception. I didn’t want other Muslim mothers to feel lonely as I did. So, if one non-Muslim woman watches my videos, sees that I’m an ordinary mum and approaches a Muslim mother based on my vlogs, then I’ve done my job right..

What has parenting been like for you during the pandemic?

A I found parenting extremely difficult during the pandemic. Taking on multiple roles, from teacher to chef, without a break was exhausting and I felt like I had spread myself thinly which meant I was never always 100%, which made me feel frustrated. I never realised how much I relied on my kids being at school to help with my mental health as that was my break from parenting three kids at the same time. Taking the kids out was usually my way of ensuring the house stayed tidy, with the pandemic this was near enough impossible and I have to admit, the daily chores had to take a back seat because it was just so difficult trying to entertain three kids with different capabilities at the same time all day long.

How do you juggle being a mama of three with being a successful vlogger and influencer?

A Thank you. Those words are very kind. I think I manage to create content because my work is based on my daily life so I am able to incorporate my work into my lifestyle with my three kids. Although, editing has to be done once the kids are asleep and there have been many occasions where I am working until 2/3am. I think parenting is a tough job, so if I find a hack or an offer that I know would help other mothers whether it be making life easier or help save money, then I want to share that with my audience. I also think perceiving my job as a hobby and something I love to do really helps me connect with my audience. I have always stayed true to myself and my values, which I think my audience appreciates.

And finally, best and worst bits about motherhood?

The best bit about motherhood is definitely looking at my children in awe at how amazing, kind, thoughtful and smart they are and I helped make them that way, and of course the cuddles!! The worst bits about motherhood have to be how lonely it can be, the mum guilt, the need to be a supermum which means refusing help even though you deep down are screaming yes for help but feel like you can’t as it might look like you can’t cope and not being able to take a step back to come back as the best version of yourself for your kids and losing your own identity once you become a mother. But the best bits always outweigh the worst bits as my favourite mantra in life since becoming a mother is, the days are long but the years are short. It kept me going through the early breastfeeding months.

Read next: Interview with Candice Brathwaite