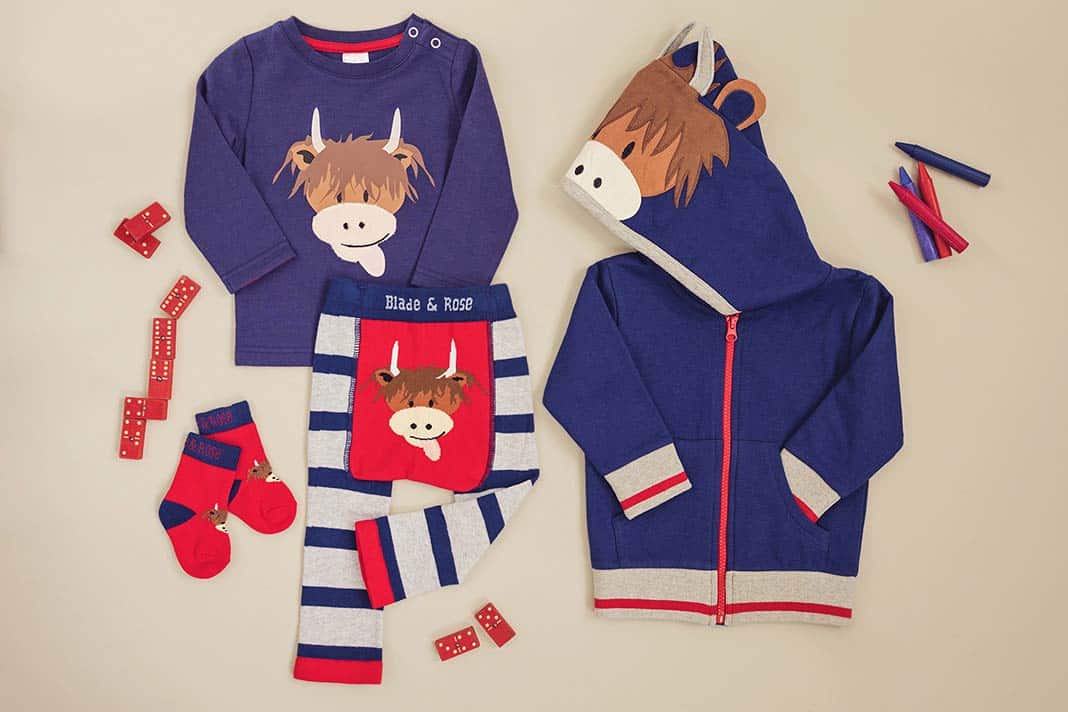 Blade & Rose was born in May 2010, when Founder Amanda Peffer designed and developed her first range of iconic knitted leggings, each with their own unique and trendy design on the bottom. Whilst on maternity leave, Amanda struggled to find leggings which were durable, functional, would wash well and most importantly, that was soft and kind to her baby’s skin, so she set about designing her own.

Inspired by their children Harvey Blade and Issey Rose, the Blade & Rose business started in Amanda and husband Jon’s front room. After three prototypes, they found a product they were happy with and launched their first three designs; Cupcake, Strawberry and Daisy.

For the next five years, their collection became increasingly popular.  Blade & Rose expanded the range from its collection of knitted leggings which it became synonymous for, to include coordinating tops, footwear and accessories.

In the years that followed, Blade & Rose won several prestigious awards including Junior Design Awards, Love by Parents, Made for Mums and a Gift Of The Year Award.