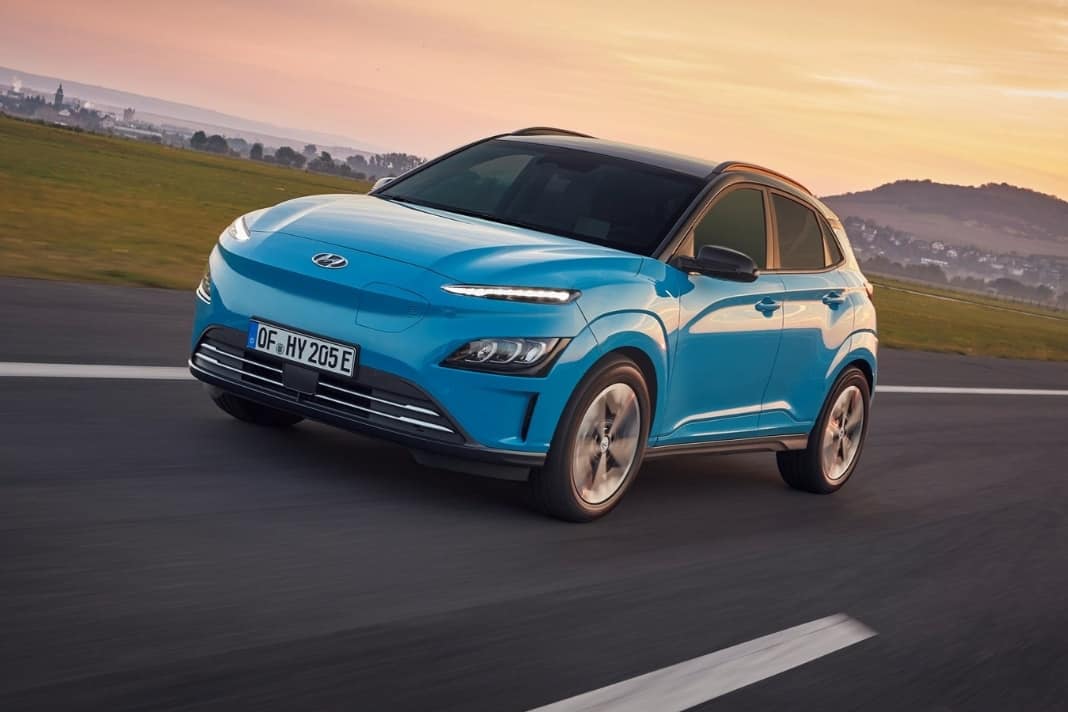 It’s here. Now. Sleeker and more sophisticated, the new KONA Electric features an updated design, the very latest smart tech – and up to 300 miles range on a single charge. And thanks to shortened delivery times in Europe – going electric in style has never been easier.

A 201-hp electric motor drives the front wheels (all-wheel drive isn’t offered) and is powered by a 64.0-kWh battery pack. At our test track, the Kona Electric galloped from zero to 60 mph in 6.4 seconds, 0.2 second quicker than the regular Kona. As with the regular Kona, the electric version offers sprightly driving dynamics, which makes it fun to scamper along a twisty two-lane. It doesn’t offer sports-car-level thrills, but for a subcompact SUV it’s compelling to drive. It also cruises smoothly at highway speeds and feels substantial and planted thanks to the heavy battery mounted in the floor and its resulting low center of gravity.

Here’s the dream: an affordable electric vehicle that can go as far on a fully charged battery as a ‘regular’ car can on a full tank of fuel. Believe it or not, that’s not far off – and the Hyundai Kona Electric proves it.

It’s an electric car you can buy right now that claims to be able to travel up to 300 miles between charges, thanks to its large 64kWh battery. That sort of distance used to be the preserve of expensive Tesla models.

When you make that decision to jump into the world of electric cars, make sure the Hyundai Kona is the first electric car you look into.