Angellica Bell talks to Absolutely Mama on her coo...

What’s On: Top activities to d.. 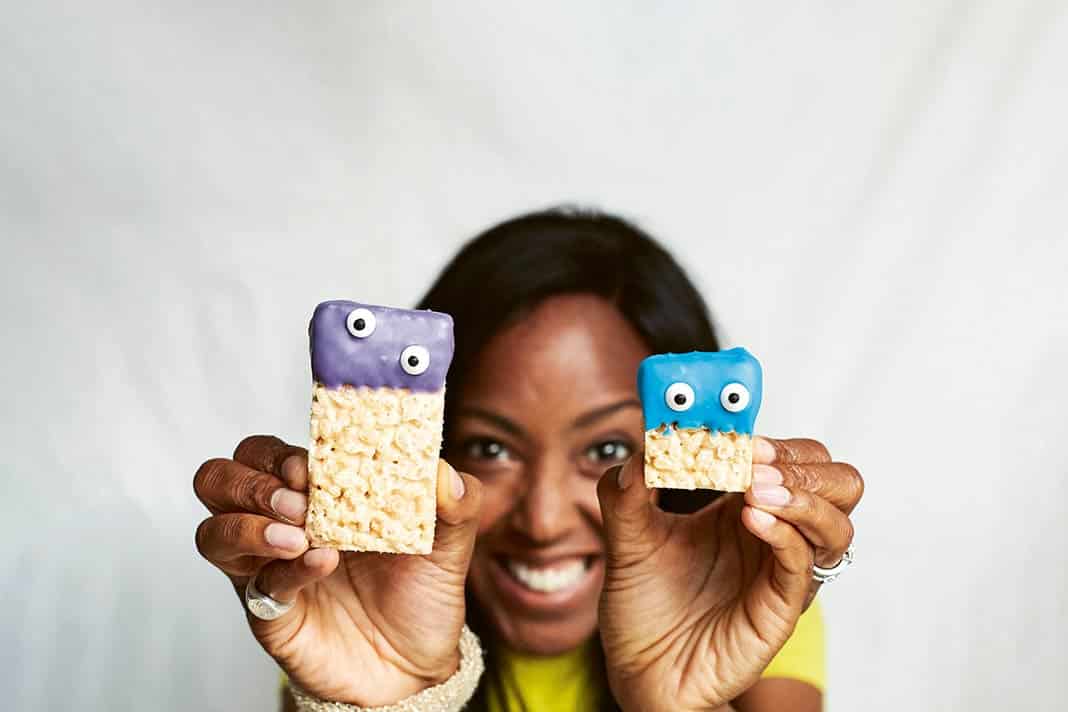 Q. How did you break into TV?

A. I’m not keen on this phrase, but I was in the right place at the right time! I had always enjoyed performing arts at school and at university tried a bit of student radio. I was also a member of the drama society and one of the plays I was in went to the Edinburgh Fringe Festival. I guess it was something I thought was an option but never believed it would happen. I ended up temping at the BBC in an administrative job at the top of East Tower where CBBC [Children’s BBC] was based. My role was to organise meetings for execs from all departments across the BBC and one day, after one of those meetings, I was told CBBC had been looking for a new presenter for quite some time and I should put myself forward. I gave my showreel to the right person in their office and a few months later I was presenting live television on BBC1 afternoons. It was a dream come true.

Q. Is there a point in your career that you can say you’ve enjoyed the most?

A. I have loved every moment of my career for different reasons. There were times after CBBC that work was quiet, but hindsight allows you to see that those periods are part of your growing and make you appreciate the good times even more. I worked on shows that allowed me to travel and see the world, and people, from a different perspective. And then I worked on shows that I knew I didn’t really want to do and that taught me to understand what was right for me and that it’s okay to say no sometimes. CBBC was so much fun and I laughed so much doing it, and right now I’m loving my life and my career. I still laugh a lot behind the scenes but not so much on camera as I work on different types of programmes like The One Show and the Martin Lewis Money Show!

Q. What’s the best thing about working in children’s TV? Would you like to carry on working with children in some capacity?

A. Children are so open and honest and I loved entertaining them for those years – now that audience are in their mid-twenties and often I have them come up to me on the train or in supermarkets and tell me I was their childhood and they used to rush home every day for 3.25pm to watch me. It’s so strange to hear that but it makes me feel so good to know they enjoyed what I was doing back then. I think I’ll always work with children in some capacity – my cookbook is aimed at young people and I often speak at schools. I appeared on Blue Peter a few months ago and was awarded a silver badge – that was a big moment for me!

Q. You have children with fellow TV presenter Michael Underwood. How do you both juggle your TV schedules as parents? What for you is the key to making it work?

A. It’s about having a huge calendar up on the wall with everyone’s schedule on it so there is a clear overview of what’s happening, which means there are no clashes in the diary. If I’m honest I am super-organised, and I won’t take a job if it compromises the family. Michael and I do everything ourselves and it helps that he is now a part-time teacher and therefore can keep an eye on everything when I go through a busy spell at work.

Q. You won Celebrity MasterChef back in 2017. What did you learn from the show?

A. I still can’t believe I won the show; it was a massive achievement for me as I worked so hard whenever I was presented with a task. The main thing I learned from that experience is that sometimes we need to face our fears and take on challenges that scare us. I said no to doing the show twice before finally saying yes – if I hadn’t gone for it, I wouldn’t have the trophy sitting on my mantlepiece right now or even have my own cookbook.

Q. Is that when your passion for food was ignited?

A. I’ve always loved food – my gran was a cook and I loved spending time with her as a child especially after my parents split up. She was always in the kitchen and that’s where I picked up a lot of my basic skills and intuitive cooking. Sadly, she’s no longer with us but I remember those days like yesterday.

Q. Would you like to work with food more?

A. Yes, I’d love to. I loved working in professional kitchens while on MasterChef. It’s high-pressure but the rewards are amazing especially when you know you’ve satisfied someone’s appetite! If I was to train it would be in pastry as I have a sweet tooth and there’s a real technique to it. I’d quite like to work on a family recipe cookbook at some point but that’s just a dream right now.

Q. And what led you to do ‘Fantastic Eats’?

A. I learned to navigate my way around a kitchen at a young age with the guidance of my grandmother, so I feel it’s important that children are exposed to this important life skill as soon as possible. The book is aimed at children, but I’ve had adults who can’t cook say they use it as the recipes appeal to a wide audience and there are some classic favourites too. I’m really proud of the book and the team who worked on it with me as together we think we created something timeless so that children can still use it when they either go to university, leave home or simply want to rustle something up without much fuss.

Q. How did you come up with the recipes you wanted to feature?

A. I simply thought about what I liked to cook when I was young, things I learned when I was in Home Economics at primary school and what I like to eat! I researched everything myself, tested the recipes a few times and wrote every word. I also wanted to try and cover as many basic skills as possible, so it’s a learning experience but fun at the same time.

Q. How do you encourage healthy eating at home?

A. We have a rule in our house – you must try something at least once before saying it’s disgusting! Most of the time my children will go in for a second taste and then they’re hooked. Because they have a get-out clause, they’re more open-minded, and think they’re in charge. I’m also a firm believer in everything in moderation – I love a takeaway now and then and a bag of crisps with a sandwich too but I just balance it all out with fruit and veg. Food is amazing and for me, I’d be unhappy if I cut certain things out. This applies to all aspects of life, you must do what’s right for you. 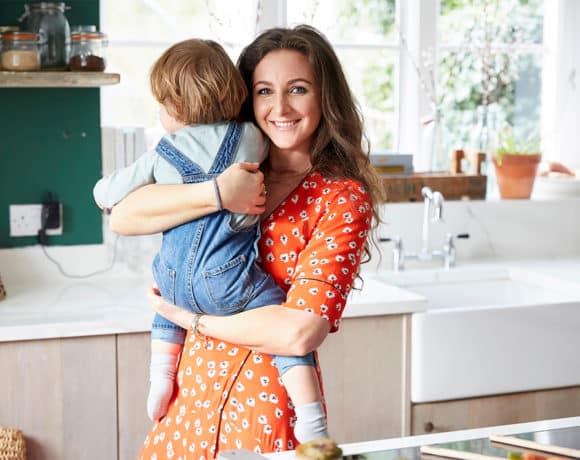 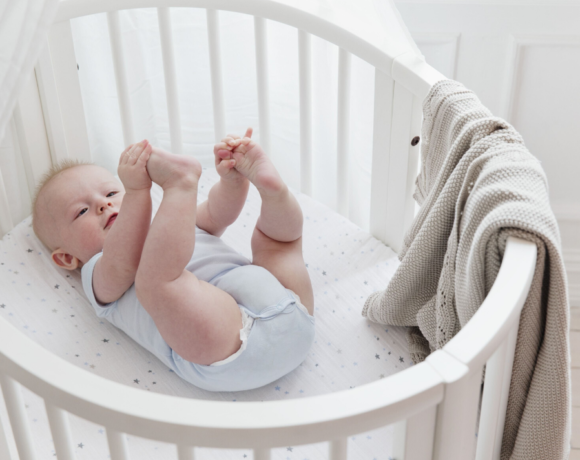