School of Rock: An interview with Laura Rowan of j... 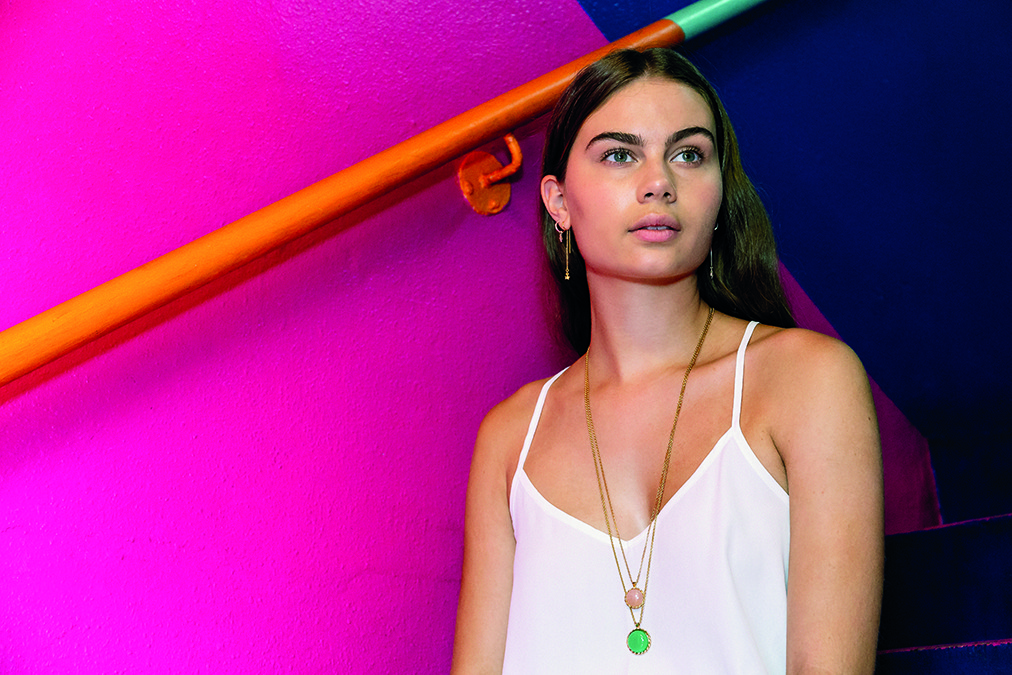 It’s an increasingly well-trodden path. Woman has baby, tries to return to her existing job and manage motherhood alongside the nine-to-five, but finds it overwhelming and instead sets up on her own. And often these are stories of success, both personally and professionally.

When Laura Rowan went back to work as a designer after having her son Harry, things had changed and the high street fashion brand she was working for wanted her to spend at least a week out of every month in China working with factories. Pre-kids she had travelled probably once a quarter, and the new regularity was too much for her as a mother. Her background was in graphic design and she had worked in jewellery design for companies including Accessorize, Next and Marks and Spencer – so launching her own jewellery brand was a natural move.

‘I’m kind of doing it backwards,’ she tells me over coffee. Laura is a friendly and approachable woman with a natural sense of what women like. Her jewellery is simple and stylish yet it has longevity. She set out to create a small brand and to make everything in the UK – and at the start, her experience was exclusively in designing and not in making. That’s what she means by backwards – when she went to evening classes in jewellery making at Central Saint Martins, she had already been putting her own designs into production for a long time, even though she knew nothing about the actual craft. ‘I wasn’t very patient and it takes me a long time!’ she says. Making jewellery is painstaking work, involving precision and magnifying glasses. Laura works at a bench in Hatton Garden once a week, where she loves being able to learn from the experts. ‘I’ve been hammering bangles and for the new collection I am casting coins. It’s really exciting.’

Harry Rocks was named partly after her son Harry and partly after the Old Harry Rocks in Dorset, where Laura spent her summers as a child. ‘It’s a magical place and when I started I didn’t want to use my own name so I chose that,’ she says. The brand took off very quickly, partly due to a chance meeting with someone who bought some earrings and wore them that evening to an event where someone noticed them and liked them – who happened to be a buyer for Harvey Nichols. The next day she put in an order and for the next three years Harry Rocks had a lovely relationship. ‘That was a great start,’ says Laura.

Her collection is both on-trend and timeless, with its stars, moons, lightning bolts and coins as well as lots of personalised pieces. The best-seller is the Entwined collection, a lovely idea whereby clients commission between two and five letters to be drawn in a linked design by Laura and then engraved in nine carat gold. These are completely bespoke and come in a range of sizes and finishes. ‘Every single one is different and I’m really proud of them,’ says Laura. She’s also proud of her ingenious butterfly backs that come with charms hanging from chains, designed to fit on the back of any stud. ‘They take a bit of explaining but they’re proving popular,’ she explains. They’re sold singly without a stud, because the idea is to mix and match. As part of a focus on longevity and waste avoidance, Harry Rocks sells hoop earrings that are designed to be worn with a variety of compatible charms – so you buy one pair of earrings, then add charms separately. ‘They’re not throwaway like high street pieces. That’s important to me.’ she says. She wants to know where everything comes from and to keep things as local and friendly as possible.

Laura went on to have a daughter, Maisie, who inevitably became outraged that her mother’s business seemed to be all about her brother and not about her. ‘So I had to start a children’s range for her really. She’s six and not very girly but Maisie Bee is named after her’. This collection comprises cute mini hugs and kisses bracelets, dinky personalised charms and birthstone necklaces as well as christening necklaces. Last Christmas, a pound from each Maisie Bee sale went to the Team Margot, a child cancer charity set up for a girl local to Laura in southwest London. Laura loves selling at local fairs and meeting her customers – she’s keen to keep her prices accessible even though her margins are small. ‘I suppose I should really put my prices up,’ she smiles – and since she’s been going for almost ten years now, it must be about time. 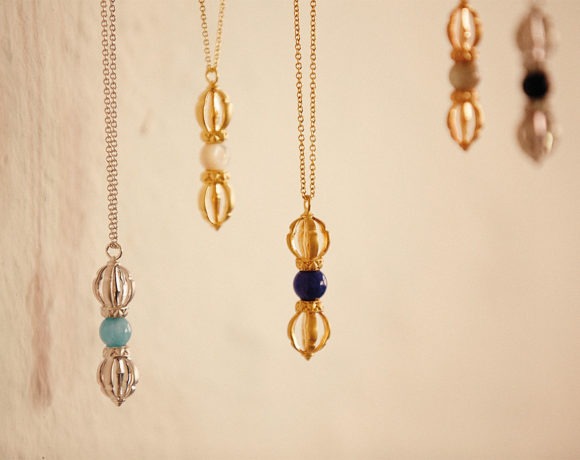 Silatha: A jewellery line with a spiritual twist 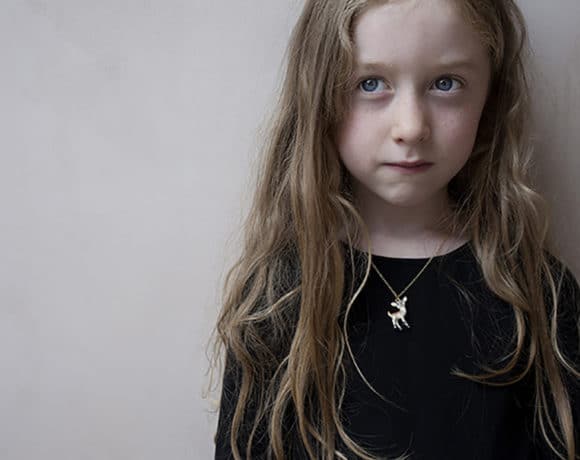 Graphic Detail: An interview with Kayleigh Carter of A Weathered Penny