How to navigate sleepover poli.. 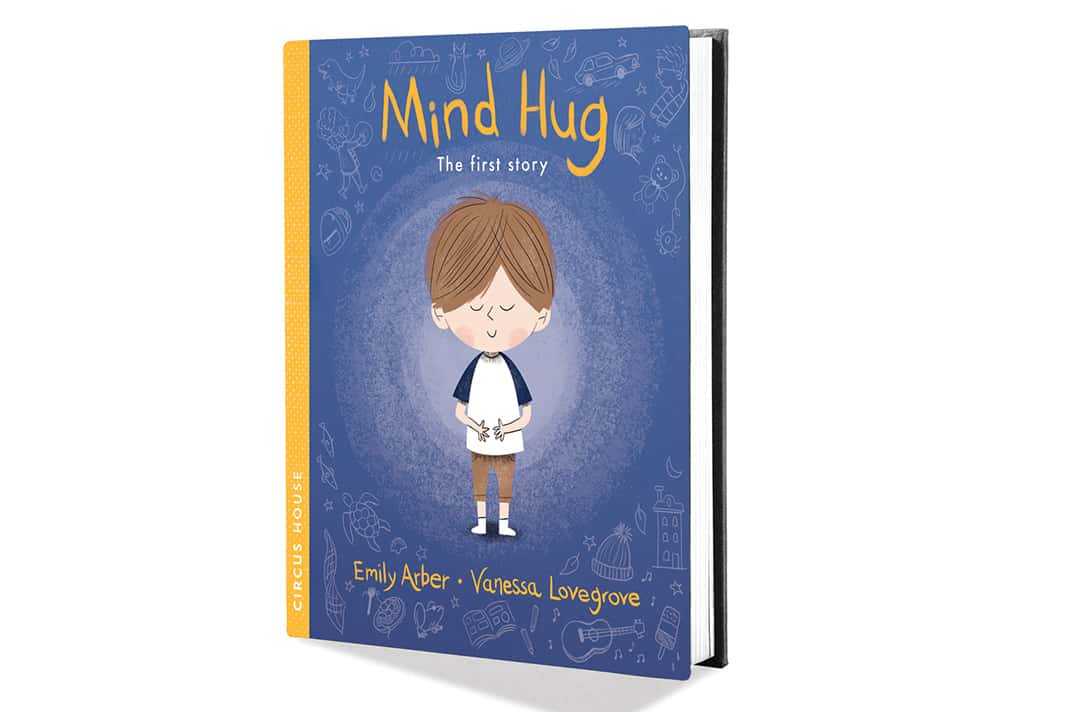 Can we teach mindfulness to very young children? A new picture book called Mind Hug is designed to help children do just that by teaching simple deep breathing techniques to help them find a calm place in a hectic world

Good mental health and resilience to everyday life is what every parent and teacher is striving for. But, as this year’s Child Mental Health Week (5-11 February) reminded us, even young children are vulnerable to feelings of isolation, panic and low self-esteem.

The first book from Bath-based publisher Circus House aims to assist by teaching the very young techniques to cope with whatever slings and arrows life throws their way. Mind Hug is a beautifully designed picture book for children aged three to seven, with a core readership of age five (so ideally suited to children making the transition to more formal education). The narrative by Emily Arber and engaging illustrations by Vanessa Lovegrove are easy to follow and perfect for reading aloud.

The book’s two main characters, Jack and Sarah, learn how to change their mood and dispel confused or worrying thoughts by taking long, deep breaths. This is then their “superpower”, which they share with their friends.

Concepts of happiness and confusion are conveyed simply through colour: muddy and grey shades to convey the thought clouds that just won’t go away; bright and cheerful hues when Jack has learned the art of breathing deeply. It’s this deep breath that is the “mind hug” of the title, as Circus House publisher Alice Xavier says, while you can’t easily explain mindfulness to young children, most kids immediately pick up on the concept of noticing their breathing.

The idea came about, Xavier tells us, because they wanted to create fun and beautiful books, but also had an extra goal – to make a difference and open conversations. “My background is in publishing, but my whole family works in the NHS, so I’m aware of the issues facing young people. Children are so naturally resilient, but sometimes they need a positive push.”

A proportion of the sale of each book is being donated to children’s mental health charity Place2Be, which provides counselling and support services to schools and has the Duchess of Cambridge as its patron. Place2Be estimates that one in ten children aged between five and 16 has a mental health problem – that’s three in every classroom from primary up – so Mind Hug taps into a very real issue.

Once the original idea of Mind Hug was developed, the team at Circus House decided to test it before taking it to market, and so they sought guidance from people on the front line. They had input from Sarah Gibbs, a Suffolk-based psychotherapist and mental health consultant who uses mindfulness within her practice, and Hannah Woods, a primary school teacher and PSHE co-ordinator at Widcombe Infant School, Bath. Circus House also sought advice from Somerset GP, Dr Sarah Temple, as she has a special interest in mental health services and works with children and young people across West Somerset (she has developed psycho-social tools now being implemented through Somerset’s children’s services).

The book was then tested in early years and junior classroom settings in the county, and Dr Temple describes it as a valuable resource, also loved by older children and parents. She adds: “Normalising mindful exercises as part of the school day will mean that children learn how to increase their attentional control – an important skill for everyone to develop and a key building block for being ready to learn”.

Mind Hug readers and their parents can also tap into an online guide. Developed by Circus House’s psychotherapist consultant Sarah Gibbs, this includes really simple exercises – from blowing bubbles and the seed-heads off of dandelions to breathing onto a window to see how much breath you can exhale. The guide also shows carers how to teach children not to gulp air and raise their shoulders (typical when you ask young people to take a deep breath) but to “belly breathe”, the essential slow and controlled technique familiar to anyone who has tried mindfulness or yoga exercises. While the activities are great for young children, parents will also find value in the games – an antidote to a long and stressed-out day.

This is planned as the first in the Mind Hug series, and Xavier is confident there is more to be done through picture books to help young children find the coping mechanisms they need to handle testing times.

Mind Hug is £9.99, with a percentage of each sale going to the charity Place2Be. For more information about the book, visit