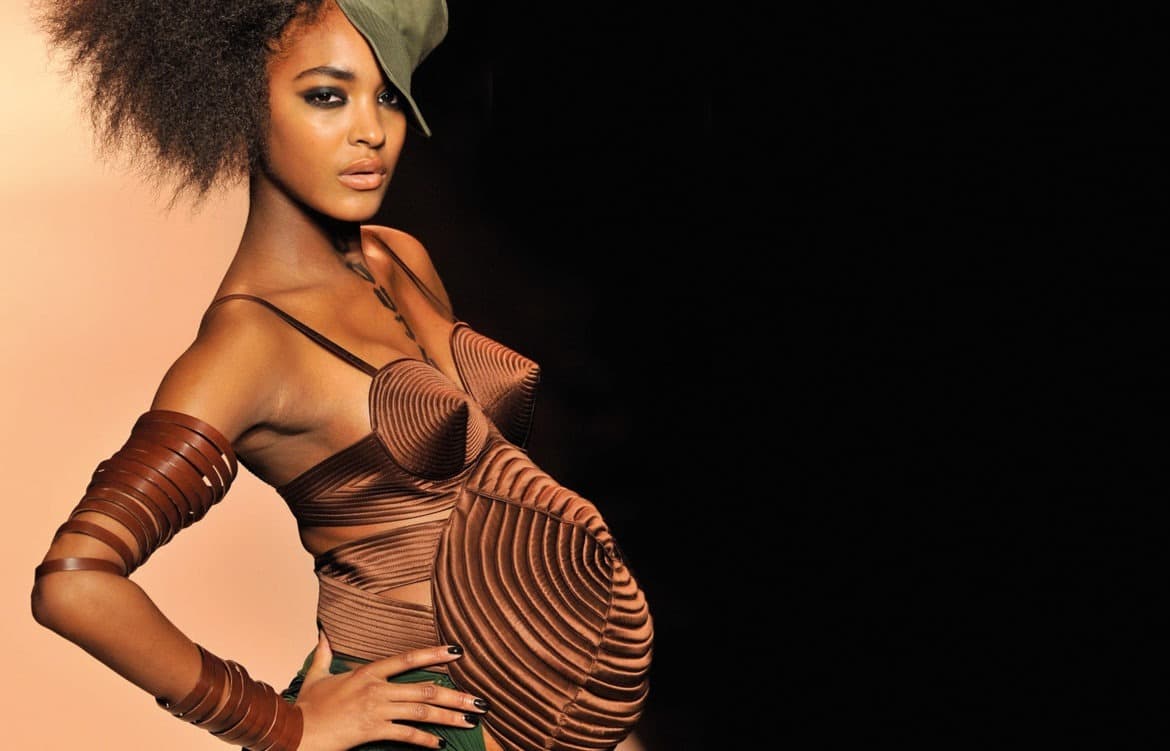 Jourdan Dunn is dazzling. I can’t stop looking at her legs. She is such a perfect specimen of a human that she almost doesn’t look human at all, almost android with her endless legs and the insanely beautiful colour of her skin. As though someone dreamed her up, fashioned her out of otherworldly materials and then Photoshopped her. One thing she definitely doesn’t look like is a harassed working mother. But working mother she very much is, albeit not so much of a harassed one.

We are in the bright white penthouse suite at the ME London hotel, which is dazzling too (especially after the long black corridors you have to traverse to get there), its curved windows allowing spectacular views of London. Which is apt, because London is what we are here to discuss, or rather LonDunn, the model’s new kidswear range launched for Marks and Spencer. But it’s hard to focus on the clothes when Jourdan’s looks are so distracting, and impossible to imagine her as the gawky west London teenager she says she was when she first got scouted ten years ago, in Hammersmith’s Primark, of all places.

‘I grew up being very insecure with the way I look. I was always the tall, lanky one – it’s not good when you’re 12 years old and everyone else is up to your shoulder.’ Of course people were constantly telling her she should be a model. ‘But it was the last thing I wanted to do,’ she says.

Dunn broke the mould not just for being the first black British model to make the Forbes list of top-earning models – and last year for being the first black face on the cover of British Vogue since 2003 – and for twice winning the British Fashion Awards’ Model of the Year – but for walking the catwalk while pregnant. This is something she sees as evidence of how supportive the fashion industry has been of her.

‘I was very nervous when Jean Paul Gaultier asked if I could walk his couture catwalk – I was like, does he not know that I’m seven months pregnant?’ But he designed an oufit for her bump and she looked amazing. When her son Riley was born in 2009, Dunn was back at work for London Fashion Week just ten weeks later. Now she lives between New York and Ealing, where her mother lives. ‘That’s where I feel most connected,’ she says. ‘My mum has been a huge support. I feel comfortable going to work knowing that Riley’s with her. He’s in good hands.’

Modelling wasn’t at all what Dunn expected it to be. ‘My introduction was watching America’s Next Top Model and I saw all the underwater shoots and stuff like that so I thought it would all be different crazy shoots all the time. And then it wasn’t really like that. But still it was a totally different world from what I was used to – suddenly I went from being just a teen in Ealing to working in New York with people from all over the world.’ She cites her favourite shoots as being anything with Burberry and Christopher Bailey – ‘he’s the nicest person and I love his vision’ – and besides, it was on Dunn’s first Burberry campaign that she met Cara Delevingne – ‘and we formed a great friendship, so I’ve always enjoyed doing Burberry.’

Appearing in a Beyoncé video has been another career highlight. ‘That was such an unreal moment for me. I grew up pretending I was another member of Destiny’s Child and used to get on people’s nerves with my singing. It blew my mind to be asked to be in her video – first of all, Beyoncé knows who I am – that’s crazy! Then it was madness to be in her video.’

And her worst modelling moment? Falling, of course. ‘Nobody wants to fall on the runway. Especially not when Naomi Campbell’s there. Even though luckily it wasn’t on camera because it happened as I was turning to go off, still everybody noticed and backstage Naomi was shouting: ‘Who fell? Who fell?’ so I had to admit it and it was really embarrassing. I think my dress got caught in the heel.’

Dunn’s new design venture started as a reaction against children’s clothing being ‘all about the girls’. Initially it was going to be just a boys’ range  – ‘but then I realised that there are some girls who don’t want to be looking like a princess – some of them want to be putting on their brother’s t-shirt and rocking that. So a lot of the pieces are unisex.’ The collection spans 22 pieces, many of them referencing her son with the letter R or 09 for the year he was born. ‘When he first saw the collection he tried it on without me even asking him.’

What’s next? Another collection, plus maybe some womenswear. ‘As I was designing, I was thinking about different kind of looks and things I’d want in my size, which has opened my mind to designing for women,’ says Dunn. Watch this space.

Lil’ LonDunn by Jourdan Dunn is exclusively available in 70 M&S stores in the UK and online at marksandspencer.com, plus selected international stores and websites. 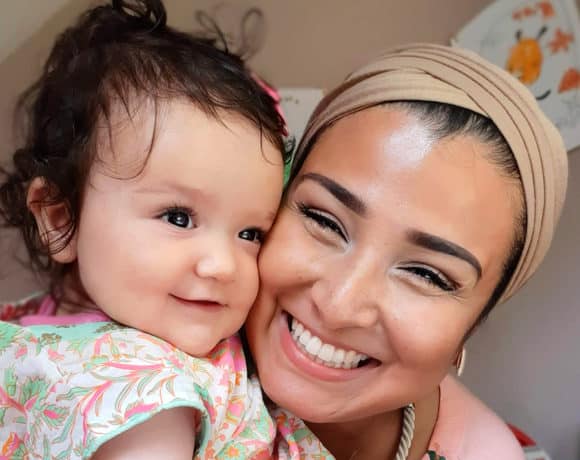