Back to school: preparing your child for their fir...

Back to school: preparing your child for their first days 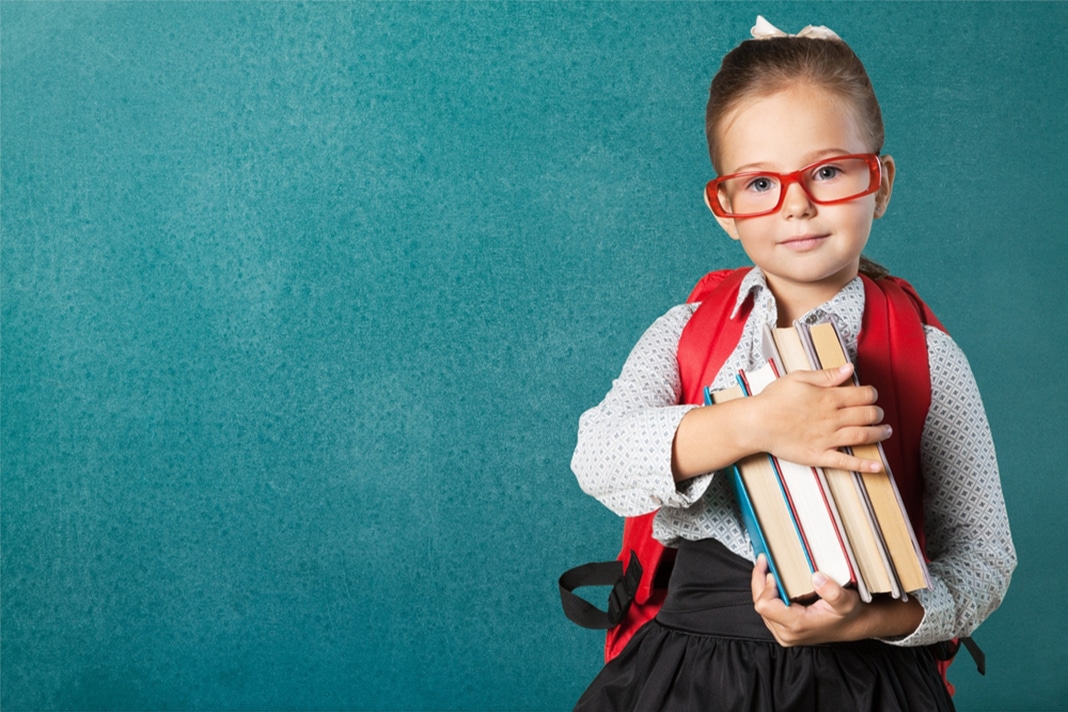 Starting school can be more stressful for parents than children. Read our top tips to helping your littles get the best start at school for their first term.

Each new life stage for your children is inevitably a teary day for their parents; probably more so than for the littles, but the first day at school has to be up there as one of the most emotional. Waving them off as they start their own journey, it’s a big day for everyone. But once you know where your child is starting school, the run up begins and many parents feel concerned that they’re doing enough to prepare their kids for that seminal first day. What should they know? How high should they be able to count? Should they be able to spell? We talked to education expert, and head of The Kindergardens Carol Evelegh to find out what parents can do to make the transition as easy as possible.

“The first thing I’d say is that a happy child has the most chance of being a successful child.”Carol’s philosophy is that if a child starts school feeling confident at trying out different things, and not worry about failing, or putting their hand up to ask a question, that is the best preparation they can have.

“London can be a terrible hothouse and the best thing that parents can do is to relax: make sure your child knows from an early age that having a go at something is what it’s all about, says Carol. “What you want to do as a parent is encourage their natural curiosity; this enthusiasm for learning is far more valuable than the ability to excel at sports or exams.”

The other thing Carol is keen to stress is that you won’t be able to control what they want to do, or what they are good at. You might want your child to excel at clarinet, or coding, but if they’re not keen you won’t be able to love it. “Give them the space to explore and develop themselves.” Another crucial thing to remember is not to compare your child to other children, however difficult it is to make yourself stop!

What should they be able to do?

In terms of literacy and numeracy there will be an enormous disparity in where 4 and 5 year-olds are, but most littles will be able to count to 20, recognise their own name written, and perhaps write their own name. However, what is much more important is getting your children fully independent ie they should be able to get and put on their own coat, shoes and get their schoolbag, Carol says. In addition they should be able to be confident going to the loo, be able to sit still for at least ten minutes at a time and to concentrate on a task. They should be used to doing this – most nurseries will be teaching pre-schoolers these skills anyway.

Your children will already have friends, some of whom may be going to their school, but it’s important you make sure they’re also open to making new friends: ‘It’s great to start school with a few people you know, but it’s also a real skill to be able to expand your world and add to your friendship groups as you develop new interests and experiences.’

As parents, Carol says you can encourage this learning by exploring the world as you’re walking along – she suggests you look at street signs, numbers and shops on the street; your children will probably point out numbers and letters they know. Try to teach them their address, and to recognise it written down.

And when you do sit with them to read, make it fun and don’t correct them too much. Certainly don’t give young children the answers, let them take the time to try and figure things out for themselves.

Are children young for their year at a disadvantage?

Don’t worry too much about where your child is in the year is Carol’s advice – a mixed bag of ages actually makes for a really good environment for learning: it lets older children who are slower academically feel at ease, while younger children who are bright can also find their own level. It’s also worth remembering that often the youngest ones turn out to be the toughest, and will apply themselves to excel because of the challenge of keeping up.

How to talk about starting school

You need to present school as the next new adventure, an exciting new thing to try. Also make sure you take them more than once before they start: make sure they know where they are going on the first day so they won’t wander around, lost. And for your part, don’t stand at the door weeping: give them a huge smile and turn around and walk away!

Once they are in the routine, don’t expect a full download of their day when they get home. Let them come to you with their day if they want to, but don’t give them the ninth degree. Also be prepared for them to be exhausted. For the whole first term, probably – they will need lots of rest, quiet support, and gentle encouragement from you. You can also expect that after the novelty wears off they’ll go through a phase of not wanting to go: this is completely normal and they will get over it.

Once they are settled in you should feel confident about where they are spending their days. “You’re at the wrong school if you don’t feel you can approach the teachers about any of your concerns,’ Carol points out. “Similarly, the teachers should come straight to you if they feel there is anything you need to know”.

If you do have concerns about anything form the learning paths to bullying, you should make an appointment straight away (don’t just show up at the end of the day demanding a meeting). Also talk to the head – Carol stresses that heads are not to be feared; they should be involved.

As a parent it is also helpful to build up a relationship between home and school, so if your little one has a success at school, they talk about it at home, and, similarly, if your little boy won a match at the weekend, make sure the teachers know, and can talk about it, so there is a continuity between the two worlds.

Carol Evelegh has taught children aged 2 to 13 for nearly 40 years, and spent the past 33 years working with Thomas’s London Day Schools to become inaugural Head of Thomas’s Clapham. She now runs the Kindergardens, a family run group of nursery schools in central London one of the first group of nursey schools in London to set up its own Forest School