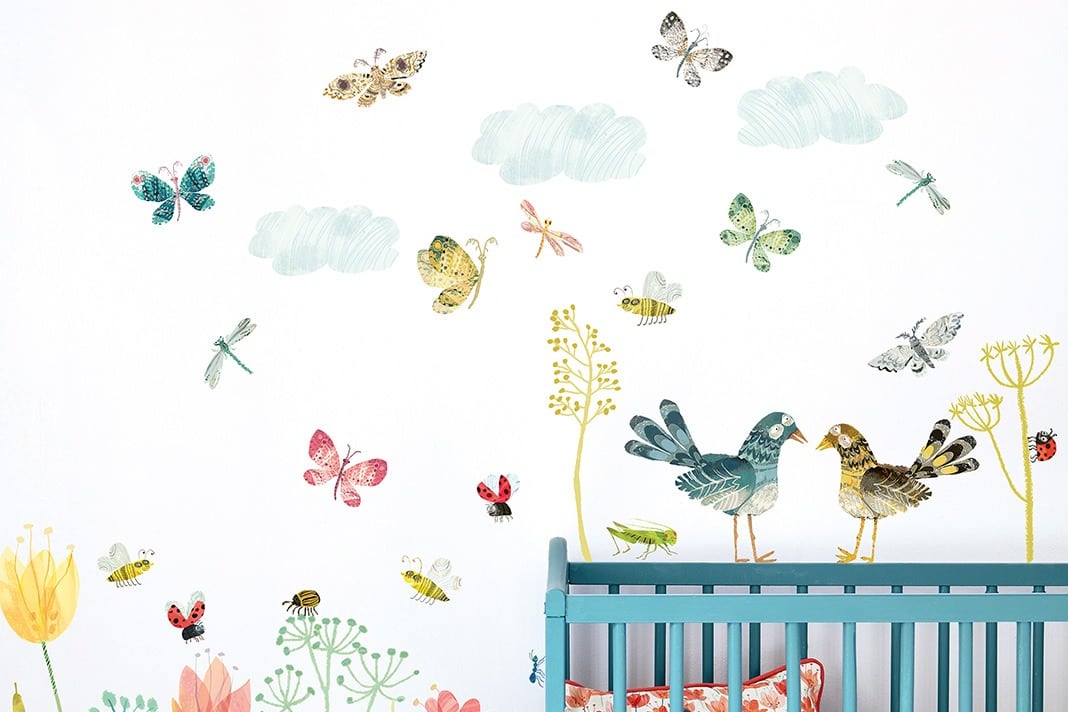 Hayley McAfee, of wallpaper and textile specialist Villa Nova, on her new collection..

As a mother of two children myself, I became aware that there was a substantial gap in the market for a children’s focused collection, something that offers designs that are truly unique and spark curiosity. From my own children I understood the importance of reading and the impression picture-books can have on a child’s mind. Seeing their imaginations grow with the stories they read, I was inspired to bring the magic of picture-books to life. 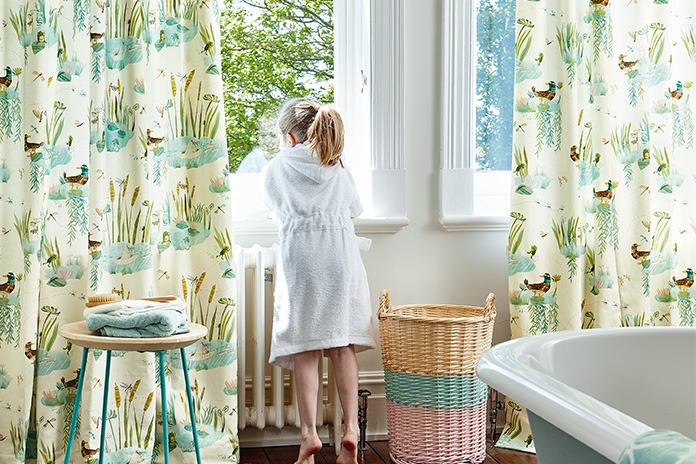 With the help of the Villa Nova design team, I started to research children’s authors and illustrators; we were instantly drawn to three renowned picture-book illustrators – Frann Preston-Gannon, Christopher Corr and Yuval Zommer. Each of these illustrators has their own unique style but collectively they all offered an abundance of detail, texture and depth in their work.

We fell in love with the work of Frann Preston-Gannon: her animals have an endearing quality that creates an immediate fondness for them. Frann’s illustrations can be described as a digital collage that is created by layering textures and colours.

We were also inspired by Christopher Corr’s paintings. His illustrations were so vibrant in colour they immediately catch your eye; I imagined my own children being intrigued and amazed by his work so I knew they would work perfectly in a child’s room. He takes a great deal of inspiration from his global travels, creating dynamic imagery of scenes from around the world, from the islands of the Mediterranean to the city of New York. Not only does his perspective inspire us as designers but it sparks curiosity among children and encourages them to imagine how different parts of the world may be.

Finally, Yuval Zommer’s work is not only beautiful but also incredibly intricate, with highly detailed illustrations creating interest and curiosity. Yuval’s animals have expressive faces with every hair, tiny wing and whisker painstakingly drawn to create endless fascination. Amazed by his life-like creatures, the Villa Nova design team were drawn to Yuval’s work and his undeniable passion for picture-book illustrations.

Based on the unique styles of each illustrator, we decided to cover a number of interconnecting themes. We tasked Frann with exploring animals in their natural habitats; with Chris we asked him to capture the mystery and excitement of travel; while with Yuval we wanted him to express his love of the wonder of nature, wildlife and insects. 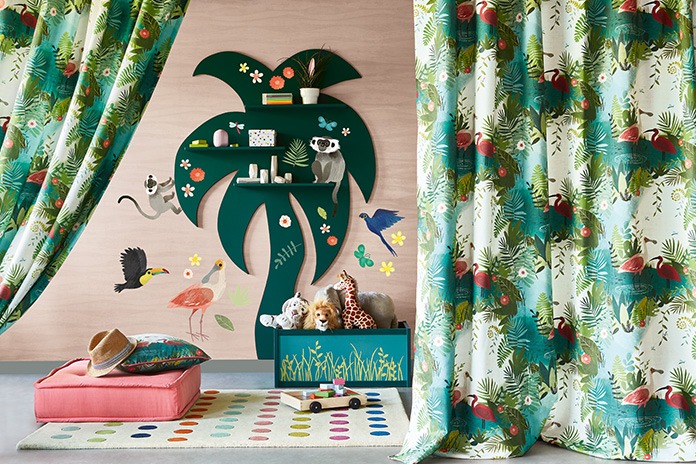 Once we had the designs from the illustrators, the talented Villa Nova team relied on their wealth of knowledge to transform an initial small illustration into a repeating fabric or wallcovering design. With endless designs to choose from, the collection expanded to wall murals, wall stickers, cushions, rugs and trimmings, allowing different designs to be used in conjunction with one another. We have designed the collection to work in rooms for children of all ages, from infants to teenagers to the young at heart. We wanted Picturebook to have a diverse appeal, including gender-neutral looks for children’s bedrooms, nurseries, stylish family rooms, quirky boot-rooms and fun spaces.

It has been extremely rewarding to work with new personalities that are so fully immersed in their field of work, which in turn offers a new approach to design. You learn so much when you work with other creatives, as they push you to think outside the box. We worked very closely with the illustrators as we wanted the final designs to be true to their individual styles. The whole process has been a joy to work on from start to finish. The end result is a collection that delights and inspires and is something we are incredibly proud of. 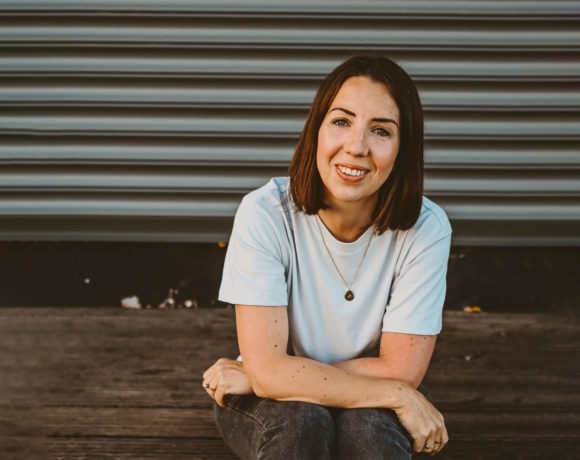 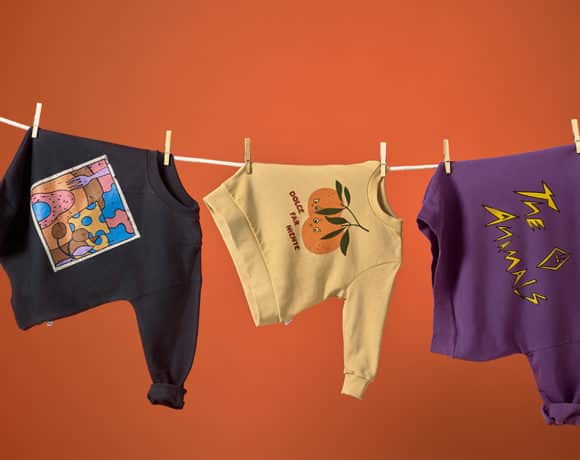 The circular kids brands you should know about 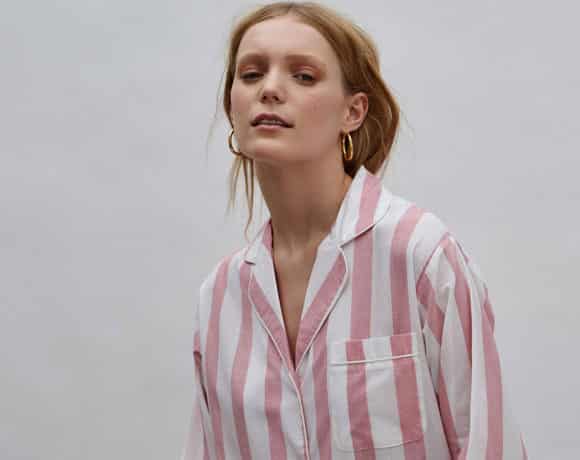 What to give yourself: 10 cool Valentine’s gifts for mamas