Where to live: the best family areas in London

A great gift for Mother’s Day

Where to live: the best family areas in London 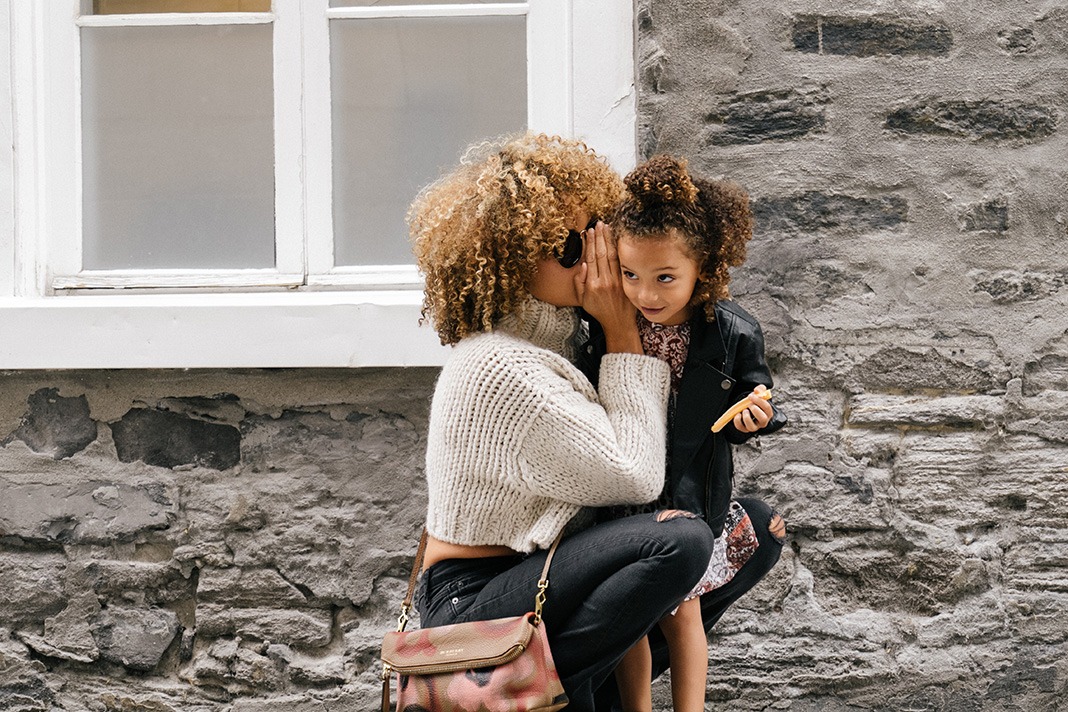 London is a much more family-friendly place than it was a decade ago, but certain postcodes have it all: fantastic green spaces, excellent schools and great local shops

The rarefied streets of leafy Dulwich which surround the park are lined with vast Georgian houses occupied for the most part by baby boomers, now grandparents who can afford to help with the school fees, thanks to the enormous appreciation in their own properties.

The proximity to Dulwich College also recommends this area to parents with an eye out for the best schools for boys, and many young families aspire to live here, although vendors rarely want, or need to sell. Young families looking for a little bit more of a buzz about a place often head to neighbouring East Dulwich which has a bustling high street, fun weekend market, a range of independent shops and a terrific local cinema.

Set mid-way between Dulwich Park and Peckham Rye there is green space aplenty, and for mums and dads looking to head out in the evenings, the restaurants and rooftop bars of Peckham are minutes away. Nursery places are easy to nd, if you put your name down early enough, and nannies, childminders and au pairs are attracted by the higher- than-average birth rate. ere is a good selection of schools including Goodrich, Dulwich Village Church of England infants’ School and the JAGS independent school for girls.

Buyers tend to then extend into the loft, in the time-honoured fashion of south-London property owners. You won’t find anything for less than £750,000 or £800,000. e average house price lies somewhere around £820,000. Nearby Nunhead and Camberwell are also good options for those seeking even more space. 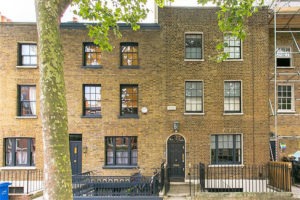 A fabulous Georgian townhouse in great location close to East Dulwich, this property is filled with light, and even has its own self- contained at.

With 800 acres of heathland right on your doorstep, Hampstead has been a sought-after place to live in London for hundreds of years – the housing stock harks back to a time when prosperous businessmen built beautiful houses in what was then the outskirts of the city, with views back down towards the centre – and it’s certainly still an area populated by the well-heeled.

Hampstead High Street and Hampstead Heath are the focus points – in summertime the village decants to the Heath to picnic and swim in the ponds. Hampstead village has a wealth of smart independent shops and delis as well as the Everyman Cinema – the only cinema in London with at-seat service. You’re still on the tube up here, so access back into town is very easy.

East of the High Street, South End Road has pretty Georgian cottages overlooking the heath and close to the elegant stucco Regency houses in Downshire Hill. Lots of families look for the Victorian terraces which line the streets east of the railway station, which are smaller but still offer good internal space and a garden. Average prices in Hampstead hover around £1.6m but you can get houses for less in neighbouring Highgate, which is also close to the Heath, and has its own village vibe.

There are some excellent state and independent schools in Hampstead. Hampstead Hill is an independent nursery and pre-prep, while University College secondary school is a well-regarded independent for boys (and girls in sixth form), and has a sizeable Oxbridge contingent. Girls with a theatrical nature head for South Hampstead High School. e Academy school, a mixed independent school for 6-13 year- olds places many of its children in impressively academic institutions and offers a progressive, informal atmosphere.

Family House for sale in Highgate 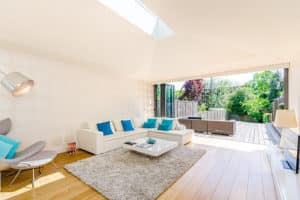 This modern 3-bedroom property is spread over three floors, and has open-plan living spaces including the living room, which opens straight onto the garden. 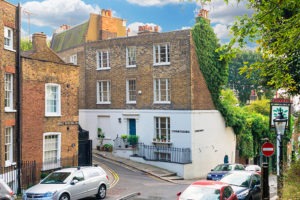 Jamie Oliver used to own this charming 4-bedroom house  in the heart of the village.

The brilliant garden is ideal for a growing family. £3.25m Benham & Reeves www.b-r.co.uk

Surrounded on three sides by The Thames, and with over 100 acres of green space surrounding it, Barnes is the closest thing to a real life ‘village’ you’ll find within Greater London, complete with duck pond and village green. The opening of Hammersmith Bridge in the 19th century kickstarted a huge new programme of development as well-to-do Londoners saw the potential here.

Building commenced in areas which still have great family houses, including Castelnau – these old houses built with space for carriages (which means lots of space for parking) now change hands for as much as £5m – the average house price is £1.1m. It’s not on the tube but Barnes does have great links back to London Waterloo as well as Hammersmith on the other side of the river.

Buyers in Barnes love to boast about its independent shops, their Saturday farmers’ market, the superior fishmonger, and really good family-friendly restaurants for long Sunday lunches.

Schools are another major reason families consider Barnes. Primary schools include Lowther Primary, Barnes Primary and East Sheen Primary. St Pauls and its prep school, Colet Court, is located on Lonsdale Road, as is The Harrodian, another local school with an international reputation.

Family house for sale in Barnes 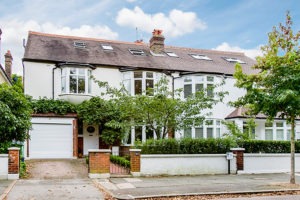 This six-bedroom house overlooks the village green, and is walking distance from both the Montessori nursery and the Harrodian school. £3.175m wwwmarshandparsons.co.uk.