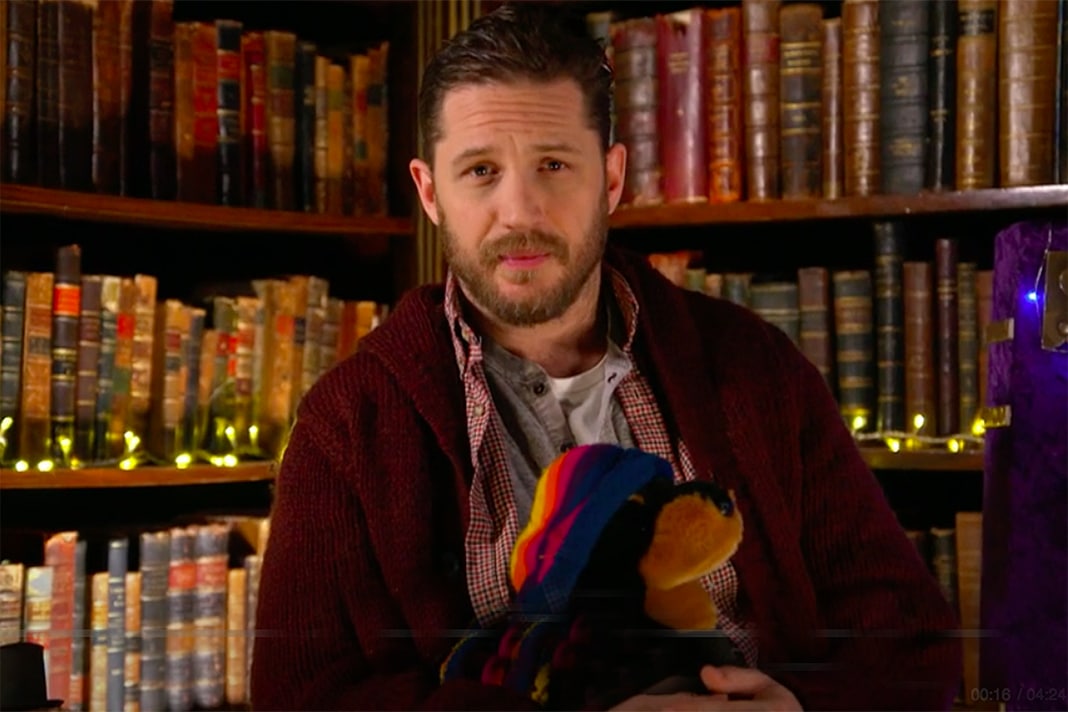 As increasingly famous actors, from Tom Hardy to Chris Evans, get in on the Cbeebies Bedtime Story action, we wonder who will be next?

Just last week on Cbeebies Bedtime Hour, Hollywood actor Chris Evans read Even Superheroes Have Bad Days, without a trace of irony, and when we had just about recovered from that, last night just after Iggle Piggle finished his antics In The Night Garden, Tom Hardy treated unsuspecting mums across the country to another brilliant reading , this time of Odd Dog Out by Rob Biddulph.

We’re left wondering who on earth will be next, in this parade of Hollywood favourites popping by to Cbeebies studios, to read us all a bedtime story. Is the producer amazingly well connected?

After his reading, Chris Evans, who found fame in Captain America and Fantastic Four apparently said: “I hope I did well. It was fun. It was really sweet and nice. I know it’s a big thing over here. I’m excited about it.” The Avengers star has apparently filmed a few stories for Cbeebies, so there is more to look forward to.

“All the stories had a lot of good night themes,” he said. “I was putting myself to sleep when I was doing it. Some of the stories were just so comforting. It made me want to just curl up.”

After Mr Evans’ story, one mum Tweeted: ‘My child may be too old for the CBeebies bedtime story, but I’m not, especially when the very gorgeous @ChrisEvans is reading it!’

Back in March, Tom Hardy’s reading of Ross Collins’ There’s A Bear On My Chair was described nationally as ‘the perfect ending to Mother’s Day’ by many happy mums, who shared their joy on social media.

British actor Hardy is well-known for his (quite punchy) roles in Inception, Mad Max, The Dark Knight Rises and The Revenant, and has a firm reputation for being a bit of a heartthrob; it seems this latest role is only adding to his appeal with a certain demographic.

As it happens, of course Hardy and Evans aren’t the first huge names to sit and read to us at bedtime: we’ve already been treated to Damian Lewis, David Tennant, James McAvoy and David Hasselhoff’s bedtime antics in the past year, while well-known women included Isla Fisher, Rosamund Pike and the glorious Maxine Peake.

But who will be next? Who would you like to see reading a Bedtime Story on Cbeebies? Personally our vote is for Ben Cumberbatch – he’s got a couple of little ones now – perhaps it’s time he popped by for a rendition of Oh No George.

Tom Hardy – ‘You Must Wear a Hat’ and Odd Dog Out

Damian Lewis – ‘The Baby in the Hat’

James McAvoy – ‘The Dinosaur That Pooped A Planet’

Sir Patrick Stewart – ‘Wishmoley and The Little Piece of Sky’

David Tennant – ‘How High is the Sky’

Sophie Ellis-Bextor – ‘Mog in the Dark’