The Lowe Down: Mama chats to Pearl Lowe

The Lowe Down: Mama chats to Pearl Lowe 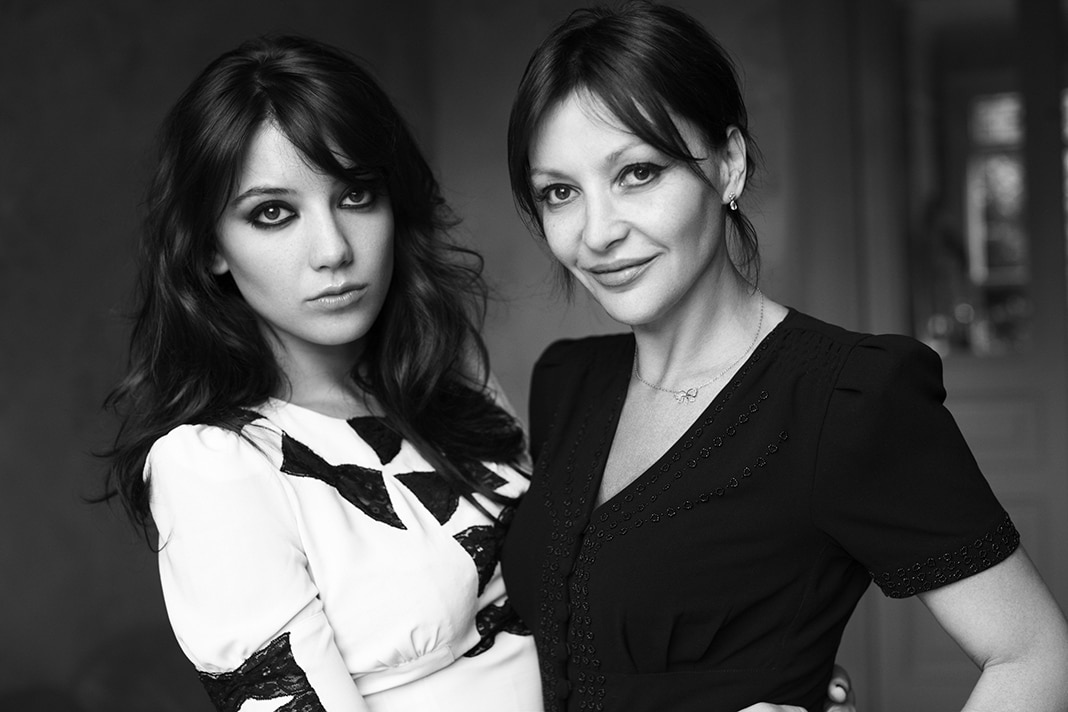 From teenage rebel to country girl with a gorgeous family, Pearl Lowe has been on a fascinating journey. Here she talks life, love and family

Pearl Lowe only just realised she’s come full circle. As it turns out, her passion for fashion began when she was in primary school and designed a collection for her mum’s London boutique. “It was mostly sweatshirts, with weird things hanging off them,” she explains. “They were hilarious, but mum saw potential there; she always said I had an eye. It’s funny – I got into music so young I’d completely forgotten about that collection, but it turns out fashion was my first love after all.”

Her journey back to designing clothes was indeed a roundabout one, along a bumpy road. Utterly seduced by the music world, Pearl spent her latter teenage years fronting the Britpop band Powder, which led her into a world of booze and drugs from which she wouldn’t emerge for a decade. With one (brief) marriage and a daughter under her belt, she had lived enough for anyone twice her age by the time she was 20. She puts her behaviour down to her rebellious spirit: “I was such a London girl; I was brought up in Harrow and then we moved to Maida Vale when I was 14. I went to school in Chelsea and mum and dad both worked in fashion but our upbringing was geared towards professional careers. I suppose I was kicking against that.”  Her brothers are both super successful lawyers, while Pearl always felt like the black sheep, and turned down a place at Goldsmiths to join the band: “Suddenly we were on tour with The Verve.  It was mad, and just snowballed. Then I had Daisy so young, but I was still a bit lost. I’d go off on tour and my parents would end up looking after the baby most of the time, because all I knew was singing and that’s what I wanted to do.”

After a couple of crazy years, Pearl met Danny Goffey, the drummer in mega indie band Supergrass, and after that her life started to make a bit more sense. Despite being just 21, and in one of the biggest bands in the country, Danny also felt the need for some stability in his life. Happy to become a father to Daisy, he and Pearl quickly set up home in Camden.

What followed was ten amazing years of success and socialising, as well as expanding their family: “I’m a very sociable person – I end up giving everything 110%, whatever it is,” Pearl explains.  And the group she was a part of just happened to be one of the most hedonistic in London’s hedonistic history. Her book All That Glitters, which came out in 2007, when Pearl was still in early recovery from her addiction, sets out in vivid detail just how bad things became by the end. After a while the party people turned out – as is so often the case – not to be as great in the cold, sober light of day. “I needed to get away” Pearl says, plainly. And having survived juggling a career, a wild social life and having three children in London in what sounds like pretty chaotic circumstances, the couple decided on a clean break, and moved out first to Hampshire, and then on to Somerset.

And life in the country has turned out to be far from quiet. Pearl and Danny may have lost touch with most of their old London crowd, but their social life locally is is demanding: “I don’t get back into London very often any more,” she muses. “There is too much happening here, from dinners to summer parties, or openings. There is such a great community of creative people living here, we find it really inspiring.” In fact, being a local was how she got involved her current project, a collection of the capes from her Petit Pearl Lowe label made for Selfish Mother’s FMLY Store. It seems that the whole project came together very organically: “I had really enjoyed my work with drug charity Crisis, and I just woke up one morning thinking ‘I’ve got to do something, but I don’t know what [for charity].” Literally that day a mutual friend took her down to the FMLY store in nearby Bruton and Pearl and Molly from Selfish Mother got on like a house on fire. The pieces are selling fast, with 10% of every purchase going to the charity Tommy’s. “I loved every minute of it, and Molly and I are dying to do more work together.”

Pearl’s other creative outlet is as an interior designer. She helps people to achieve a look she’s become known for, which she describes as “Totally vintage, faded glamour and imperfect: I like things which are a bit broken. I am always buying heaps of old rubbish because I know I can make it look fantastic, with the right care and attention, and put in the right place.”

This work also scratches an itch which saves her family stress: We’ve been in this house since February, and I am not joking I have already looked at another property… poor Daisy says we’ve moved 18 times since she was born. But that’s how I learned to do the job: buying a house I love, doing it up and making it perfect. But then it’s done and I’m ready to move on.”

Their present family home is a classic Georgian 11-bedroom house in Frome, with handsome proportions and heavenly views. Will she stay put finally, once she’s finished doing it up? “We all love this house. I think even if Danny and I left, the kids would refuse to move again…”

Having her children around on her journey from wild child to country girl was important for Pearl and they are all still a really  tight unit despite the boys growing up fast: Alfie is now 21 and Frankie is 18, while Betty the baby and just 11. Shutting the door on the rest of the world and spending time as a family is what they all love doing. “It’s the most amazing thing to be a mum – it teaches you so much. And I’m so ready to be a grandma!” No pressure then, Daisy.